Is a DUI a Felony or Misdemeanor? 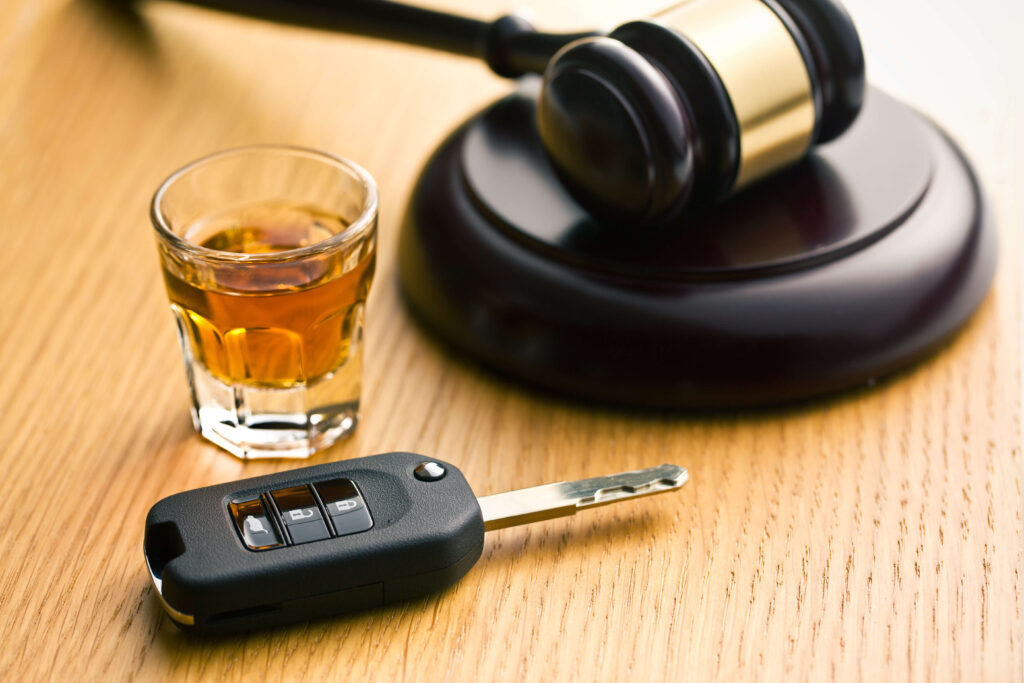 With DUI charges, those arrested may face a misdemeanor or felony charge. Knowing which factors determine classification helps the accused understand the extent of their charge and how it affects the rest of their lives.

A DUI often becomes a misdemeanor for a first-time offense. Misdemeanor charges often come with a year of imprisonment, probation and a punitive fine, as well as the right to a trial. DUIs become felonies when the arrested individual has more than one DUI on her or his record. Injuring or killing another person while driving under the influence qualifies as a felony charge. Driving while intoxicated with a child under a specific age in the vehicle does as well.

What Are DUI Misdemeanor Penalties?

When classified as a misdemeanor, the person convicted of a DUI must serve a short jail term or participate in a mandatory community service program. Depending on the state, a person may be able to do the time in community service or an alternative work program. Spending the night in jail after being arrested may count as credit for time served against an imposed sentence.

Besides probation and a substantial fine, misdemeanor DUI charges may also come with a license suspension and alcohol education classes.

What Are DUI Felony Penalties?

When a DUI elevates to a felony, those accused could lose their driving privileges either temporarily or permanently through a license suspension or revocation. A felony DUI charge may also result in the person serving house arrest, installing an ignition interlock device in a vehicle or wearing an ankle bracelet. One may also lose the right to vote or possess a firearm. Such serious charges can revoke child custody or visitation privileges. These penalties are especially common with the involvement of an underage child in the DUI incident. While a person may attempt to expunge a DUI from a record, having a felony charge rather than a misdemeanor makes eliminating the charge much more difficult.

When Does a DUI Become a Felony?

What factors tip a DUI from misdemeanor to felony? Some states elevate a DUI charge to a felony if the driver’s BAC exceeds 0.08%. Usually, a motorist receives felony charges with a BAC above 0.16%. If the police arrest an intoxicated person driving with a restricted, revoked or suspended license, the driver receives a felony charge. Having prior DUIs on a driving record at the time of arrest could also raise a charge to a felony.

Are There Legal Defenses to a DUI?

Motorists accused of driving under the influence of alcohol or drugs can defend themselves against a felony or misdemeanor DUI charge.

One can argue against DUI chemical test results. A driver may feel that the police officer did not administer the test properly, or perhaps the results were inaccurate at the time of the arrest. In some cases, officials mishandle or improperly preserve blood tests, which may contaminate the sample. Challenging chemical test results may require an expert witness’s testimony, which an attorney can help an accused civilian find.

Those convicted may also challenge the arresting officer’s testimony. To arrest a person for a DUI, an officer must have solid evidence of the individual’s intoxicated state, such as:

The individual may have a medical or health condition that mimics the effects of intoxication. A rare condition called “auto-brewery syndrome” makes a person drunk without imbibing alcohol. People who do not know that they have auto-brewery syndrome may be pulled over by the police one day. The might display poor field sobriety test performance and receive a DUI charge, all without having a drop of alcohol. Allergies may make a person have bloodshot eyes, and a medical or health condition or complication may make a person perform poorly during field sobriety tests.

Another way to argue against an officer’s testimony is by bringing in a witness who perceived events that led up to the arrest differently. This specific defense often proves ineffective, as DUI arrests rarely have witnesses. Even if the bystander was a passenger, juries often feel these individuals have a bias.

A person arrested for a DUI may argue the arresting officer didn’t have a legal reason to pull them over. Even if the officer had the driver pull over for a traffic violation, that does not immediately open the door to a DUI arrest if the individual did not violate the state’s DUI laws. The person may bear guilt for running a red light, as evidenced by a red-light camera. But, she or he may be innocent of driving under the influence of drugs or alcohol. When police pull motorists over without probable cause, all other evidence obtained after the baseless stop becomes inadmissible in court.

Law enforcement may arrest a driver suspected of driving while intoxicated and take the person into custody for questioning. If the officer does not give Miranda warnings before questioning the suspect and the person lets loose an incriminating statement, those words may prove inadmissible in court.

Those arrested for a DUI, no matter if it is a felony or misdemeanor, must know their rights and proper charge classification. Consulting with a reputable and well-experienced legal representative could lessen charges. Submit a request online or call us today at (866) 345-6784 to get in touch with an experienced lawyer in your area!