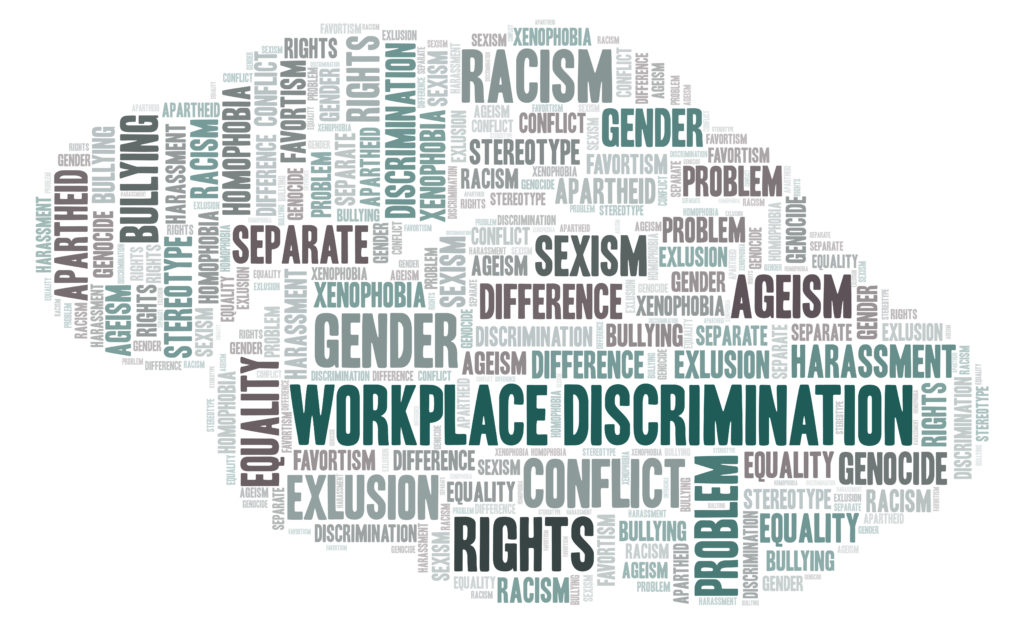 Discrimination is an all-too-familiar scenario for many in the workplace. Likewise, it is also the most common type of workplace-related lawsuit filed. A workplace discrimination attorney can help. Find out how.

What Is Workplace Discrimination?

Here are some of the most common types of discrimination that occur in the work environment:

Should You File a Complaint With the HR Department or the EEOC?

Most companies have a human resources department and discrimination in the workplace falls within their portfolio. For that reason, raising concerns with the appropriate HR representative may include filing a written report, a possible sit-down interview, and an investigation.

Sometimes a company does not have a human resources department and there are no policies in place. To resolve the issue, you might take your concerns directly to the Equal Employment Opportunity Commission. They can assist you in investigating the claim and possibly filing a lawsuit.

What Laws Protect Against Discrimination in the Workplace?

There are federal workplace discrimination laws that help to protect employees. On a federal level, employees are protected from discrimination under Title VII of the Civil Rights Act of 1964. However, many states have even stronger laws that offer additional protection.

Let’s take an example. California became the first state where ethnic hair and the right to wear it naturally became a protected right. In other states, employers may discriminate against natural hair because it is not absorbed into racial discrimination. Take a look at some of the available laws around the country.

Title VII of the Civil Rights Act of 1964

This specifically prohibits employers from discriminating against employees on the basis of race, religion, sex, color, or national origin. It typically applies to organizations with 15 or more employees. It also applies to schools (both public and private) and labor organizations. The EEOC’s primary responsibility is enforcing this law.

Filing a claim for workplace discrimination can be a tricky process given the number of potential laws in play. This is especially the case when the protected characteristics only qualify under state law. The EEOC enforces federal workplace discrimination laws. In some cases, individual state labor departments handle the claims that only qualify under state law.

When it comes to federal claims, workers have about 180 days to file, to remain within the statute of limitations. Time is of the essence with discrimination claims. It’s a good idea to hire a discrimination lawyer to help from the beginning.

Claimants also need to provide some basic information with their claim. Depending on the agency, the employer’s name, the name(s) of involved parties, and a description of the incident. It will also include the contact information for everyone involved.

Once the investigation has begun, the agency may request more information. They generally give you ample time and opportunity to produce said information if this happens.

The investigation may involve interviewing the employee, employer, other employees at the same place of business. However, it may also include anyone else who may have relevant information. The agency determines that the claim is valid and discrimination did, in fact, take place. The next step is generally to move toward settlement or mediation. For this reason, both parties may be encouraged to work out a compromise.

It might become necessary to file a lawsuit with the appropriate court. This is especially true if the parties cannot reach a settlement on the employee’s behalf. An attorney issues what is known as a “Right To Sue” letter. This letter gives the discriminated employee the right to sue on their own accord.

Consider hiring a lawyer who specializes in discrimination as soon as the incident takes place. Experts often recommend that you resolve the issue internally through the proper HR channels. On the other hand, many employers mishandle these cases.

If you are considering a lawsuit an attorney becomes even more necessary. Discrimination attorneys can help you with the paperwork, prepare you for depositions, and find corroborating witnesses to support your claim.

If the court rules in your favor, you might become entitled to several different compensatory benefits:

Are you ready to find out if you are eligible for these benefits? Start with a case review.