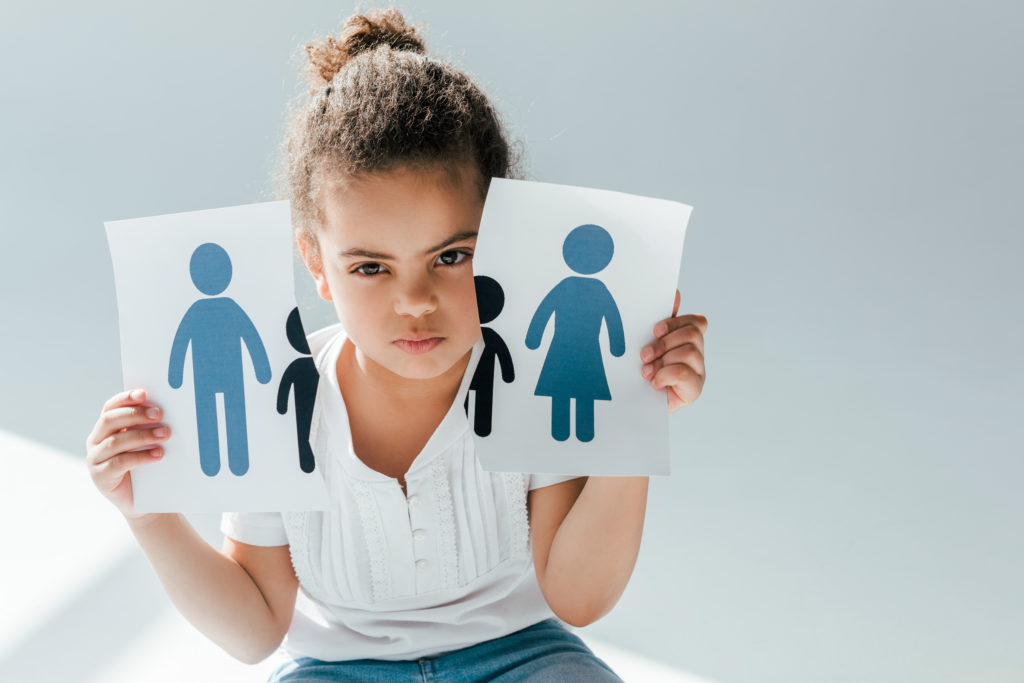 We understand that a child custody battle is a personal and highly emotional issue. This is why we’re so passionate about connecting you with professionals that help you fight for your rights as a parent.

What Is Child Custody?

When two parents separate, they must decide on how their children spend time between them. Child custody refers to the right of either or both parents to provide a home for their children and exercise parental rights. Not all child custody cases go to court, but when they do, courts make their decisions based on what they think is most beneficial for the child.

There are three main types of arrangements that can occur. These include full custody, sole custody, and joint custody.

What Is Full Custody?

Even when children only live with one parent, the other parent still has the opportunity to be a part of their lives. The custodial parent may allow visiting time or the children may spend a few weekends with the non-custodial parent. In some instances, a parent awarded full custody might still maintain joint custody in practice with their partner for the benefit of the children.

What Is Sole Custody?

In some cases, the court may go as far as to terminate the rights of the other parent. This may occur if the parent gets convicted of particular crimes that might endanger a child. An example is child abuse or inappropriate sexual conduct with a child. State laws vary on what might result in parental termination.

What Is Joint Custody?

Joint custody describes the arrangement where both parents of the child split physical custody. When parents share equal custody, the child may spend a week or two on and off with either parent. Some families also practice “nesting”, where both parents move in and out of the home the child lives in when it is their turn to have custody.

In many joint custody arrangements, one parent may retain complete responsibility. This is for any major decisions that have to be made in regard to the well-being of the child. Also, joint custody does not always mean an equal sharing of time. In most instances, one parent still retains primary custody. In these cases, they may hold the larger portion of a 60/40 time split.

The Factors Courts Consider When Making a Decision

Full custody is often awarded when one parent isn’t able to contribute to the responsibilities with raising the child. For example, if a parent is physically incarcerated, doesn’t have financial stability, or is involved in situations that may potentially hurt the child, the court may grant one parent full or sole custody due to the circumstances.

On the other hand, joint custody is often provided to the parents. Both parents assume the responsibilities that are required to raise a healthy and happy child. Both parents need to be able to work together to maintain consistent communication and follow the directions of the court. Sometimes parents do not work well together. Then the court is sometimes more likely to award one parent the majority of the parenting time to reduce friction.

With joint custody cases, both parents need to coordinate resources and activities to support the needs of the child. The situation of your custody arrangements might vary. There may be supervised custody arrangements for one parent. Another option is a public meeting place for the child to be picked up and dropped off with the other parent.

The Basics of the Child Custody Process

Custody arrangements are often subject to family court orders and decisions. However, this is not always the case. Even when the split is amicable, hiring a child custody lawyer can help navigate the troubled waters of your custody battle. Many parents are able to come together to find a solution that works well for the child without needing to involve the court system.

Working with a custody lawyer as a mediator can help to advise you on the best type of custody arrangement that would work for the unique requirements and needs of your child. Hire an experienced child custody lawyer to help you better understand your rights as a parent and avoid costly mistakes.

A child custody battle is a difficult and frustrating process. This is worse when there is animosity between you and the other parent. A lawyer that specializes in this area can help to explain the entire process of the child custody battle and can help to make a positive impact on your case whether they mediate the arrangement or defend one party.

Hire a dedicated and passionate child custody attorney. Your chances of  seeing a custody agreement and visitation rights that are favorable for you will be much more likely. If you’re looking to hire an experienced child custody lawyer to help you understand your rights as a parent, you’ve come to the right place.

The attorneys we connect people with can increase your chances of getting the arrangement you seek, even in complex cases. Connect with one of the lawyers in your area today.