What Happens if You Get a Second DUI? 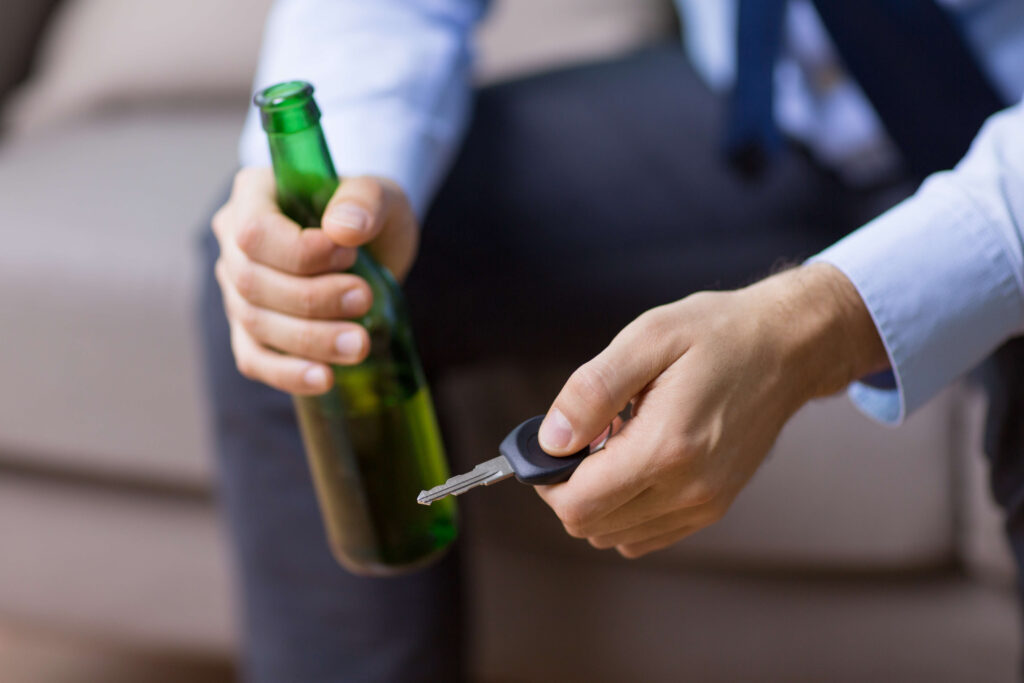 On your way home from a night out, you may find yourself getting stopped by the police. Even if you feel like you did not drink enough to impair your senses, you soon find yourself going through the motions of a DUI investigation. At the end of it, you feel confident you passed, but instead, you find yourself in cuffs. Unfortunately, this is not the first time you have been in this situation. When you get hit with a 2nd DUI charge, the ramifications may prove more substantial than the first time.

What Is a DUI?

State laws vary as to what they call drunk driving. When a driver is caught driving under the influence of alcohol, that person has committed a crime. The breath or blood is tested to confirm impairment and find out just how intoxicated the driver is. A driver with a blood alcohol content or BAC of .08 or greater is considered impaired and charged with a DUI.

A first time DUI charge may be a misdemeanor and subject to dismissal if the driver does not have a prior record. However, the court may require the driver to completes all or some of the following:

What Happens With Subsequent DUI Charges?

While there is no uniform penalty for a DUI, there are some commonalities when it comes to punishment. The same goes for any subsequent DUI charges and convictions. When the court is lenient with the first offense, chances are, if you repeat within a specific timeframe, the court will not be as forgiving. Many states seem to have a five-year clock within which the penalties for subsequent DUIs are more severe.

Extra money is not always easy to come by, and you like to hold on to as much of your income as you can. Unfortunately, if you are found guilty of a subsequent DUI, you will have to open your wallet and pay more. Fines for DUI convictions range depending on the factors involved, but they may be doubled between the first and second offense.

Fines are not the only punishments that you find increased. All penalties are harsher when you face subsequent DUI charges. A judge may require you to have an ignition interlock device installed in every vehicle registered to your address. This device will not allow you to drive a car without first doing an in-car breath test. If the machine records any trace of alcohol, the infraction is reported to the court. If you drive a vehicle that does not have an interlock device, you may be subject to stiffer fines and penalties may be upped to mandatory jail time.

For your first DUI, the judge may have dismissed any jail time under the premise that you complete the terms of your release as dictated. However, if you are caught driving under the influence again in the months or years following, you may find it impossible to escape time in jail. Certain states even double the mandatory minimum time for the subsequent offense. Your incarceration could last for weeks or months.

The amount of jail time is affected by other mitigating circumstances relating to the incident. If you caused an accident or had passengers in your vehicle, the level of punishment and jail time may rise. Driving drunk with children in the car, for example, may see your charge enhanced and even rise to the level of a felony. Felony DUI charges usually come with mandatory jail time.

Driving is a privilege, and when you got your license, you agreed to abide by the rules of the road, keep others safe and submit to a chemical test by the police. When you are found guilty of a DUI, your license is suspended. The timeframe for the suspension varies based on local laws and regulations. If you refuse to submit to a breath or blood test when an officer asks, then you may lose your license for a year.

After you fulfill the terms of your court agreement, you may be able to get your driving privileges back but with the restriction that they will be revoked if you are caught again. Thus, on any subsequent DUI charges, you may lose your license for longer. For habitual offenders, a court may order the DMV to withdraw all vehicle registrations, and you may lose your license permanently.

Possible Defenses to a 2nd DUI

Even with one offense already against you, do not give up hope that you can fight the charge. There are plenty of reasons why a DUI charge can be thrown out, even if you believe that the police have sufficient evidence.

No Reasonable Suspicion for the Stop

When an officer stops a vehicle, there must be a verifiable reason. The police are not permitted to pull cars over without reasonable suspicion. They must believe you did something wrong, or they must witness you commit a crime. If an officer pulls you over and does not give you a valid reason for stopping you, the resulting charges against you should be dropped.

The Police Erred During the Stop

The police must stick to protocol during a stop. If you find that even one of these rules was ignored or broken, any evidence gathered subsequent is no longer admissible.

Since the entirety of a DUI investigation happens at the point you were pulled over, it cannot be restarted. Thus, once a court tosses out the stop, the DUI charge cannot come back.

You do not have to traverse a second DUI charge alone. Finding an attorney who is well versed in the protocols and possible punishments in your area may give you a chance to escape stiffer penalties. Submit a request online or call us today at (866) 345-6784 to get in touch with an attorney in your area!