What Is the Jail Time for a First DUI Offense? 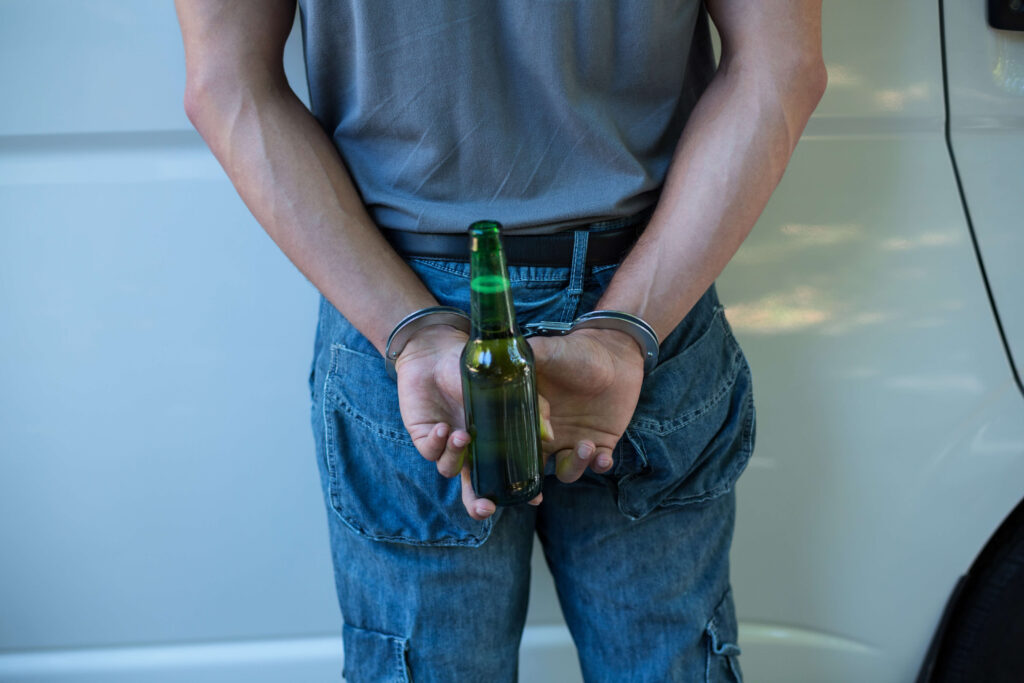 Driving under the influence of drugs or alcohol is illegal and if you get caught engaging in this activity, you will face criminal charges. As with any crime, a DUI conviction has the potential to result in jail time, even if it is your first-time offense. The consequences of a DUI are already harsh, and jail time would only add insult to injury, as it could cause you to lose your job, add to your fines and interfere with your family time. If you want to avoid the consequences of a DUI/DWI, including a couple nights to a few months behind bars, your best bet is to retain the help of an experienced DUI/DWI defense attorney.

How much time you will serve for a first time DUI depends on a number of factors, one of the biggest of which is in which state the offense occurred. In most states, a first time, non-aggravated DUI can result in a maximum of six months or one year in jail. However, some states show more leniency to first-time offenders.

For instance, the maximum DUI jail time for a first DUI/DWI arrest in New Jersey is just 30 days. Pennsylvania law does not require jail time at all for first-time offenders. In addition to maximums, many states also carry minimum jail sentences for convicted drunk drivers. In these states, offenders may only have to serve 24 to 48 hours in county jail following a conviction. However, the average sentence for first-time convictions is between 10 and 30 days.

Factors That May Increase DUI Charges

The minimum and maximum sentencing guidelines mentioned above are for misdemeanor DUIs only. Even if this is your first drunk driving offense, that state may charge you with an aggravated or felony DUI, both of which come with far harsher sentencing guidelines than a simple DUI. For the state to enhance the charges against you, you must have done something egregiously wrong, or your actions must have had dire consequences. Examples of situations that may result in enhanced charges include the following:

If aggravating factors are present, the judge may add several months or even years to your jail sentence. How much more jail time you face depends on egregious your indiscretion was. For instance, driving drink with a minor in the vehicle can add six months to two years to your DUI jail time. Causing property damage or injury can result in an additional five years. Causing the death of another person, however, can add as much as 20 years to your sentence.

While not exactly a “drunk driving offense” per se, refusing to submit to a breath or blood test can also result in enhanced charges. Most states have what are called “implied consent” laws, which state that by merely choosing to get behind the wheel of a vehicle, you agree to submit to chemical tests if an officer of the law requests one of you. If you deny the test, you face the same consequences of a first-time DUI, though a judge may be more inclined to sentence you to the maximum jail time simply for your defiance of the law. If the judge convicts you of a DUI as well, you may face jail time for both the DUI conviction and the implied consent violation.

Young offenders are also not subject to the same strict sentencing guidelines as adult first-time offenders. Many states have zero-tolerance policies, which means that they do not allow drivers who are younger than 21 to have even an ounce of alcohol in their blood. Young first-time offenders face license suspension and probation for a DUI.

Additional Consequences of a DUI

While it is possible that a first-time DUI offender may serve jail time, other consequences are far more likely. The most common penalties of a drunk or drugged driving conviction include the following:

These are not the only consequences of a DUI conviction. Long after you pay off your fine and serve your sentence, you may struggle to find gainful employment, obtain decent insurance rates, gain custody of a child and more.