Find Your Personal Injury Lawyer for a Plane Crash 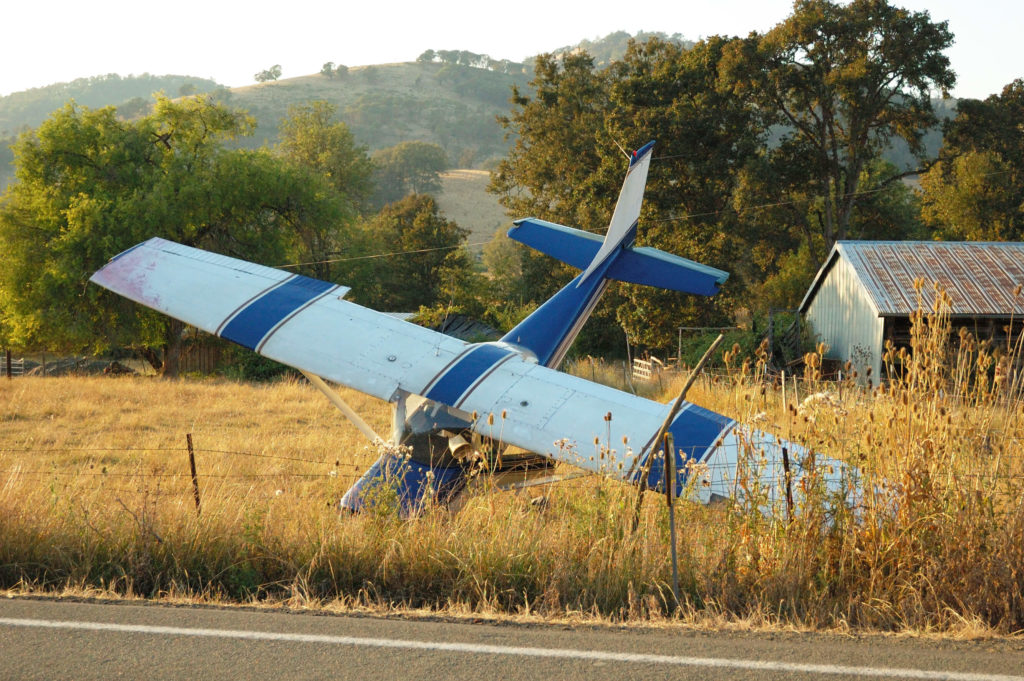 Flying is safer now than it has ever been in human history, but it is not without its fair share of mishaps. From the disappearance of entire commercial crafts to the emergency landing of privately owned planes on busy highways, a lot can go wrong. The complexity of these accidents also often puts them outside the practice areas of most personal injury attorneys. Instead, you need a plane crash lawyer.

Some of these attorneys are private pilots themselves. They can better analyze what went wrong, who is at fault and what your injuries are worth.

What Is an Airplane Accident?

Any accident that takes place aboard an airplane or otherwise involves one might count as an airplane accident. This holds true even if the plane itself does not crash. For instance, someone might suffer personal injuries if the plane suddenly dips or turns. Suitcases can fly out of the overhead compartments or a flight attendant might accidentally spill hot tea onto a passenger. These are known as in-flight accidents.

Turbulence can be scary and can cause many of the injuries that people experience aboard airplanes. However, research has consistently shown that the most dangerous times of flight are during takeoff and landing. Together, both of these parts of flight account for 63% of fatal accidents. This is because pilots have less time to react to problems and, therefore, less room for error.

When looking for a lawyer for your plane crash or accident, you might often hear the word “aviation accident” and wonder about the similarities or differences between the two. The term aviation accident is much broader and incorporates other flying vehicles as well as accidents that occur at the airport. Airplane accidents specifically refer to crashes that involve an airplane.

What Are Some Causes of Plane Crashes?

A lot can go wrong when taking to the open sky in an airplane. Not including bad weather, these are the most common causes airplane accident attorneys encounter.

Owning and operating airplanes are expensive. Unfortunately, pilots, maintenance crews and owners often delay certain repairs to save money. This can cause major components to fail at the worst times.

Lemons exist in the aircraft world, just as they do in the motor vehicle industry. Sometimes, an entire line of aircraft might have issues. One example of this is the Boeing 737 Max airplanes, which led to worldwide no-flies and outright bans of the aircraft.

Pilots are some of the most well-trained transportation professionals in the world. However, they can still make mistakes. Pilots might also receive lots of in-class training but not enough real-world experience to fly alone. Exhaustion, substance abuse and distraction might also cause problems among pilots.

Like land vehicles, airplanes have a maximum payload. Once the airplane exceeds this max weight capacity in people and cargo, it can make the aircraft become unpredictable and difficult to control. How people load an airplane might also make a difference as the balance is important.

What Types of Compensation Can Victims Receive?

The compensation for a plane crash is not unlike what you might receive for a car crash. These are the most common types of damages people tend to claim and receive payments for:

It is also not uncommon for people to receive compensation for noneconomic damages or pain and suffering. The more severe the accident and the bigger the role of negligence in the accident, the higher the likelihood that one will receive noneconomic damages. If a loved one died in the crash, survivors might become eligible for wrongful death claims. Your best chance of receiving the compensation you deserve is hiring an experience plane crash lawyer.

How Do I Pursue Damages From an Airplane Accident?

Airplane accidents span a wide field of possibilities that might include commercial liners, corporate jets or even hobby aircraft. Because of this, there are some key factors that determine how you proceed with your case:

The presence of these factors makes it difficult to prescribe any one approach to pursuing damages. However, there are some general steps you might follow in any type of airplane accident case.

If you are not severely injured and have access to your phone, collect as much evidence as you can. Record a video, take photos or make notes of whatever contributing factors you can. This evidence might help your personal injury case later on.

No matter how minor your injuries might seem at first, seek the advice of a medical practitioner. Only a doctor can determine if there are injuries, how bad they are and how they might affect you for years to come.

One of the most difficult parts of pursuing damages is determining what region has jurisdiction over the case. The Montreal Convention makes this process a little easier by providing people with two primary choices: where the victim lived or where the carrier is based.

Before you can press a suit, you must first know who is responsible for the accident. Is it the airline or the company that manufactured the planes? It is sometimes possible to sue the airline regardless. It, in turn, could sue the manufacturing company or another responsible party.

The final step involves actually filing the claim based on all the information above. Sometimes, responsible parties or their insurance companies choose to settle privately. Other times, you might need to battle it out in court.

Do I Need a Plane Crash Lawyer?

The laws governing airplane accidents are incredibly complex. They can span several countries or involve multilateral international treaties. Determining who is responsible for the accident might also pose problems for most people. When commercial airlines are involved, it can become even more difficult for civilians to go up against them.

Because of this, it is crucial that you hire an airplane accident attorney. Not sure how to find one? We can help. Submit a request online or call us today at (866) 345-6784 to get in touch with an experienced lawyer in your area!