Can You Receive Workers’ Comp Benefits for a Pre-Existing Injury? 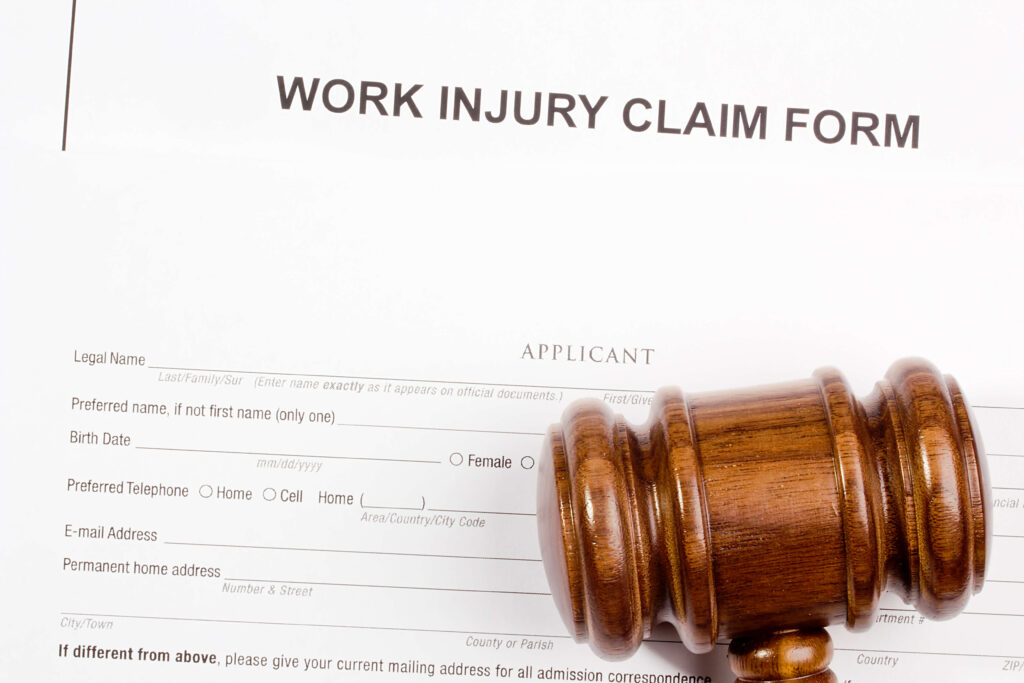 If you sustain an injury on the job, you may be eligible for workers’ compensation benefits. However, a pre-existing injury workers’ comp claim is often a more complicated process. Insurance companies tend to try to deny many claims because of a pre-existing condition. However, the law still entitles employees to benefits. In the condition that the injury is aggravated in the course of performing job duties.

What Is a Pre-Existing Injury?

Any previously diagnosed medical condition that has an impact on your ability to perform a job may be considered a pre-existing injury in a workers’ comp claim. A common example of this would be carpal tunnel syndrome. Other types of old injuries, such as a back injury, can also be pre-existing conditions.

The definition of pre-existing injury is broad. So, people should understand any medical conditions they have. As well as how those conditions might affect job performance and how job duties may aggravate an old injury. When a pre-existing condition is due to a previous work-related injury for which benefits were received, the individual may file for additional coverage if it is aggravated or leads to another injury.

What Is Workers’ Compensation?

Workers’ compensation regulations are determined at the state level. Every state requires most employers to carry insurance that covers workers who get hurt while on the job. The laws vary from state to state. In fact, some states offer state-funded programs along with private workers’ compensation insurance.

These regulations provide protection for employees. By awarding a fixed payment amount for injuries received without filing a lawsuit. In addition, these laws generally prohibit workers from suing their employers for injuries and place a financial limit on what the worker is able to obtain from the employer.

Most companies provide payment or time off to employees for on the job injuries. These are to serve as a substitute for the right to sue the employer. With workers’ compensation, there are no considerations for who was at fault in most cases. However, there are two potential exceptions for filing a lawsuit. In the first exception, if the injury sustained was due to a product defect or malfunction, an individual may be able to sue the manufacturer. In addition to receiving benefits from workers’ compensation. The second reason a lawsuit may be allowed is when a third party caused the on-the-job injury. In which case, the at-fault party may be liable for damages.

Workers’ compensation requirements vary not just by state but also by occupation. A number of states have exempted specific categories of work from the requirement for insurance coverage, such as independently contracted work, agriculture or domestic help. Most states set a threshold for when workers’ compensation coverage is required. Typically it is set by a minimum number of employees. This minimum number varies by state.

You may be eligible for workers’ compensation when you have a pre-existing condition. If, your pain is unrelated to the new injury or the old injury is aggravated or accelerated while you are at work. This includes performing job duties as well as during lunch or other breaks, while out on company errands or at company-sponsored events. Some states allow for coverage even if the injury occurs during horseplay, though many other states do not compensate for these types of injuries.

If a state accepts your claim. You can expect the following coverages if they are directly related to your injury:

In a majority of states, there are limitations as to how many treatments receive coverage. Any treatment that goes above this amount requires a physician’s recommendation for continued care and has to be approved by the insurance claims agent.

If you have become injured while on the job, even if you have a pre-existing condition, it is important to act quickly. The first thing you need to do is inform your employer. Every workplace has set procedures and forms for filing a workers’ compensation claim. Be sure to complete the form in its entirety and submit it as soon as possible. There is typically a deadline on how long you have to file a claim after you receive an injury.

What Can You Do if a Pre-Existing Injury Workers’ Comp Claim Is Denied?

Frequently, pre-existing injury workers’ compensation claims are automatically denied, though the insurance company cannot deny claims based solely on the presence of a pre-existing condition. If your claim is denied and you feel that you qualify for benefits, you have the option to appeal.

What To Do When Your Claim Is Denied

When you receive the denial letter, it should identify the deadline to appeal. State law determines how long workers have to file appeals, so the date can’t change. Every state’s law on the appeal process for workers’ compensation is different. It is important to understand your state’s requirements before you proceed.

If an appeal is necessary, it can be a complicated process that frequently involves a hearing with a judge. Be sure you gather relevant documentation that addresses the reasons for denial stipulated in the letter. It may be beneficial to obtain the services of an attorney with workers’ compensation experience to help you through the appeal process.

If you have a pre-existing condition and want to file a workers’ compensation claim or an appeal, a local lawyer may be able to help. Submit a request online or call us today at 866-345-6784 to get in touch with an experienced lawyer in your area!