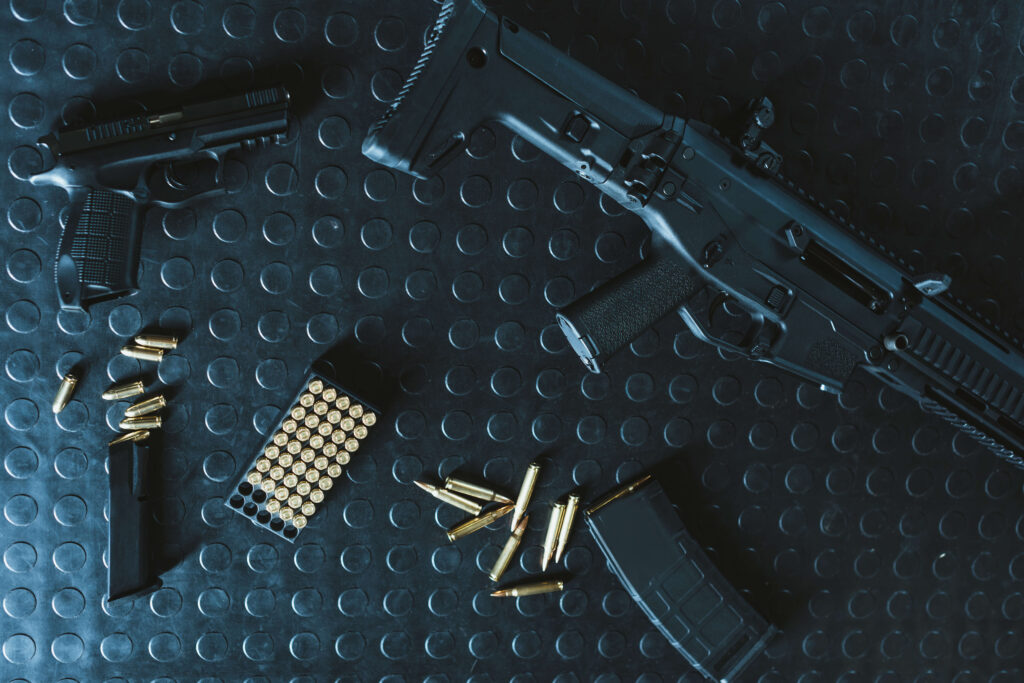 The right to bear arms is a fundamental principle of American freedoms. However, many state and federal laws limit who can own guns. They also explicitly dictate when someone can lose their gun ownership rights, such as after doing time as a convicted felon or when facing domestic violence charges. When law enforcement comes to suspect that someone continues to own or use firearms in spite of losing this right, that individual may face charges for the illegal possession of firearms.

What Is the Illegal Possession of Firearms?

Who Should Legally Not Own Firearms?

Every state sets rules regarding who may own a firearm and what actions may disqualify them. For instance, in California and many other states, people with serious mental health problems may lose the right to own guns. Below are categories the Department of Justice considers prohibited individuals:

Federal agents only become involved when the prohibited person transports the ammunitions or firearms across state lines. However, many states have laws in place that make it possible to prosecute people matching many of the above descriptions and more if they are in possession of a weapon.

What Are Some Types of Firearms That Are Considered Illegal?

Some firearms may be considered illegal regardless of who has them. These include the following:

There are also some types of firearms that are illegal for most civilians to possess, even people who are licensed to own and use other weapons in their home states. These include the following:

What Should Someone Do When Accused of the Illegal Possession of Firearms?

If law enforcement officers accuse you of the illegal possession of firearms, it is important to take this threat seriously. When officers have enough evidence, they may make an arrest. If they do not, they may not do more than give warnings or make threats. Your attorney will review the specifics of your case to determine how to proceed and to figure out ways of securing your freedom. These are some steps your attorney may advise you to follow:

Law enforcement can turn even your most faithful allies against you, so it is important to be mindful of what you say to others about the incident. Even if you did not commit the crime you are accused of, words taken out of context may make it appear otherwise. You should also be mindful of what you post on social media. Many attorneys may ask you to stop posting or even to privatize and delete accounts.

Not all accusations or arrests lead to trial. Sometimes, police officers may find the right person they are looking for or cannot find enough evidence to pursue the case. If it does go to trial, an experienced attorney can argue your case to improve your chances of remaining a free person. The severity of the charges you face depends on whether you are also accused of using the illegally possessed firearm to commit a crime, the applicable state laws and whether you carried the firearm into another state.

Why Should Accused Persons Work With an Experienced Local Lawyer?

No matter how pro-Second-Amendment a state or municipality is, everywhere takes the illegal possession of firearms seriously. There have been a few cases where local district courts ruled in the favor of accused parties and later had these rulings overturned by the Supreme Court. Some jurisdictions may also feel biased toward protecting certain demographics over others. This may lead to an unequal application of the law in terms of arrests, convictions and sentencing.

People with prior convictions may also face a tougher uphill battle when it comes to clearing their names. Even if the person is innocent, the more prior strikes the person has against him or her, the less likely courts are to consider that the individual turned over a new leaf. This can sway juries and send even innocent people to prison.

Hiring a good attorney does not guarantee you will never spend a night behind bars. It does help ensure that you have a professional in your corner committed to exhausting every available option to secure your freedom or earn you a lighter sentence. An experienced attorney can also advise you on how local and supreme courts tend to rule on the matter presented and what outcomes you can expect.

Finding a good criminal defense attorney may feel like a stressful task to tackle when you are concerned about your future and your freedom. We can simplify the process by matching you with a good attorney in your area. Submit a request online or call us today at (866) 345-6784 to get in touch with an experienced lawyer in your area!