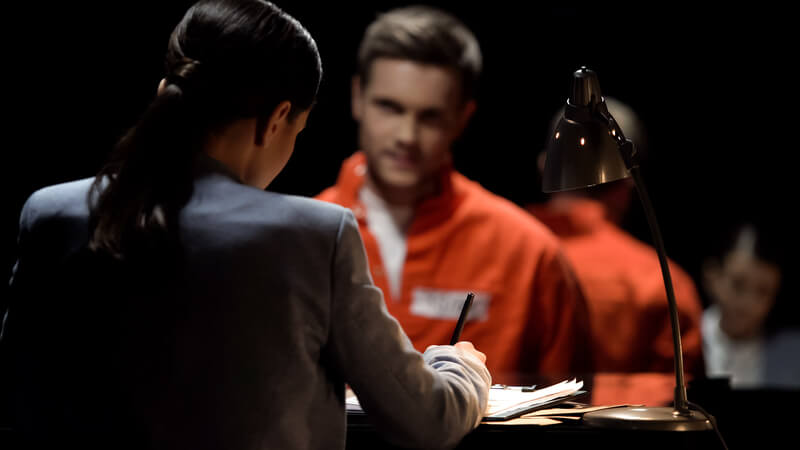 Do you feel the justice system is unfair and only works for white-collar crimes?

If so, Gideon v. Wainwright may inspire you to advocate for change.

This landmark Supreme Court case would not have happened without the efforts of one man. Moreover, Clarence Gideon did not have the background you would expect for someone who changed the judicial process. He was a convicted criminal with an eighth-grade education who petitioned the highest court in the land and won.

Finding out why this case continues to affect the legal process may be essential to your legal concerns. At least, it is critical to understanding current interpretations of the Sixth Amendment. No matter what you want to learn about Gideon v. Wainwright, you will find inspirational details in this article.

Panama City police arrested Clarence Gideon in 1961 on suspicions that he broke into a local pool hall. They claimed that he stole money from the vending machines and charged him with a felony.

Gideon asked the court for an attorney since he could not afford one. Unfortunately, the judge denied his request. Florida law at the time only allowed this to happen when poor people faced capital offenses.

Since he did not have another choice, Gideon represented himself in the trial. He gave an opening statement, cross-examined witnesses, and made a reasonable argument for his innocence. Unfortunately, he did not convince the jury and received a guilty conviction.

Gideon did not have any intention of giving up easily. While incarcerated, he petitioned the Supreme Court, and they agreed to hear his case.

The right to an attorney and its relation to the Bill of Rights was not a novel subject. As with other landmark cases, for instance 5 first amendment cases, there were legal precedents that led to this monumental decision. In particular, there were two cases with considerably different outcomes before this case in 1963.

The 1932 decision in Powell v. Alabama is the first precedent to consider. The State of Alabama sentenced three young black men to death for the accused rape of two white women. While the court issued attorneys, they did not consult with them and did nothing but make an appearance.

The Supreme Court ruled that these circumstances violated the Fourteenth Amendment. Due process did not happen because they did not have a reasonable amount of time to obtain legal representation.

In 1942, the highest court in the land made a markedly different decision in Betts v. Brady. This case originated in Maryland, where Betts could not afford a lawyer for his robbery indictment. After his conviction, he asked the Supreme Court to overturn the decision because he did not have an attorney. The majority opinion asserted that poor defendants only had a right to a lawyer in special circumstances.

The Supreme Court in 1963 constituted what many refer to as the “Warren Court.” Chief Justice Earl Warren and four other justices led a liberal, pro-civil rights revival of the American judicial system. As a result, the odds were in Wainwright’s favor that they would agree he deserved qualified legal counsel.

His assertions managed to yield a unanimous verdict in his favor. Justice Hugo Black wrote the opinion that justified this overwhelming decision by the Supreme Court. They relied on interpretations of the Sixth and Fourteenth Amendments for their reasoning.

The Sixth Amendment entitles Americans to a speedy and public trial. Since the courts refused to provide him with an attorney, they arguably denied Gideon that Constitutional right. As a result, the Supreme Court ruled that state courts must supply an attorney for the indigent facing felony charges.

Speak to an Attorney About Your Rights

Do you feel like you or a loved one did not have adequate representation?

Do you know someone who did not have their Sixth Amendment right honored by a judge?

Gideon v. Wainwright and other civil rights cases provide the precedent necessary to right these wrongs. Furthermore, we connect people across the country with highly-qualified attorneys who are ready to help. Everyone deserves legal counsel that gives them confidence, and we can help you find it. Send us a request today, or call (866) 345 – 6784 to find out how to get started.