What Happens If You Miss Jury Duty? 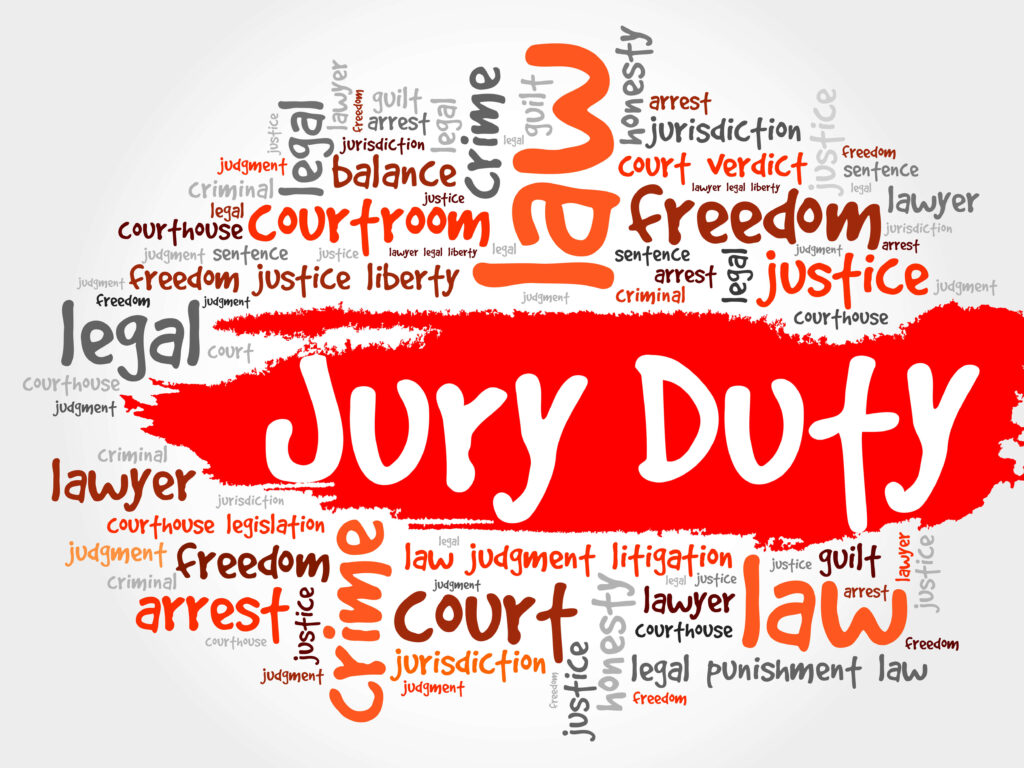 In virtually every democratic country in the world, one of the top reasons people refuse to register to vote is to avoid jury duty. Citizens often dislike the idea of becoming involved in law cases, especially when they involve dangerous criminals. Even in America, many people still carry this fear. Others dislike the process, or they worry about the disruption to their everyday lives. Because of this, when summoned for jury duty, most people simply ignore it.

What Is Jury Duty?

Jury duty is a civic responsibility of citizens to assist with upholding the justice system by serving as objective parties in criminal and civil cases. In America, jury duty is considered a civic obligation. Jurors play an indispensable role in ensuring the protection of a defendant’s Sixth Amendment rights. These include the following:

What Are Some Legitimate Reasons To Miss Jury Duty?

Most people who miss jury duty do so by choice. However, there are often many legitimate reasons to miss jury duty. Should the municipality decide to crack down on those who don’t show up, these are some of the reasons courts might accept with proof.

Some estimates claim that up to 25% of jury summonses never make it to the respective individuals. These summonses might get lost in the mail or are sent to an address the person no longer resides at. This might be especially common in urban areas where people are more likely to rent and move more often.

If you suffered a serious medical condition when you were supposed to be at jury duty, judges tend to excuse you. Examples include recovering from a bad car accident, suffering from the coronavirus or having a chronic illness or handicap.

If you were not at home for jury duty at the time you were summoned due to a long-term trip, this might also count as a legitimate reason. In cases where you received the summons but planned to be away from the area at the time the court might need you, you might be able to present a convincing case.

What Are the Consequences for Missing Jury Duty?

In most cases, if you miss jury duty, nothing happens. The court moves on with other eligible jurors and does not pursue any legal action. However, as finding jurors become more difficult, many jurisdictions are cracking down on missed jury duty at the local and state levels. Here are some of the many consequences that might follow in these instances.

You might receive another summons with a new court date. States have different requirements regarding how often courts can issue a summons for jury duty. In some states, courts can send notices once in a 12-month period. Some states set a three-year requirement. Even if ignoring the first summons resulted in no consequences, ignoring a second summons might lead to you being held in contempt of court.

If a judge so decides, he or she might issue a bench warrant for your arrest. If police officers run your license plates or pull you over for a traffic stop, they might realize there is a warrant out for your arrest. In some states, the sheriff might visit your home to carry out the arrest. Arizona is one state where this is known to happen.

Some courts send out a court order requiring you to appear in court to explain why you were unable to respond favorably to jury duty. This is common in many jurisdictions. If you fail to provide an acceptable reason, the judge might decide to hold you in contempt of court. The judge then determines what the legal consequences should be.

Many jurisdictions require jail time for people held in contempt of the court. This can range from just a few days to several months. It might seem like a silly thing to go to jail for, but it will show up on your criminal report and will affect your background check for years. It could cost you employment opportunities and even the eligibility for some professional licenses.

Some jurisdictions might allow you to pay a fine instead of or in addition to serving jail time. These fines can be as low as $100 or as high as $2,000 or more. People who cannot pay them might end up serving additional jail time.

Do I Need To Work With an Experienced Attorney?

Courts know perfectly well that most people miss jury duty because they want to and not because they need to. This can make it more difficult to present your case to the judge, should you ever need to do so. In counties with missed jury duty rates as high as 80%, the judge might feel even less inclined to sympathize with you.

Hiring an experienced, local attorney can improve your chances of paying no fines, serving no jail time and not having “contempt of court” on your criminal record. This is not a very common practice area for criminal defense attorneys, so you might have some trouble finding one at first.

We can make the search easier by matching you with the right one. Submit a request online or call us today at 866-345-6784 to get in touch with an attorney in your area!