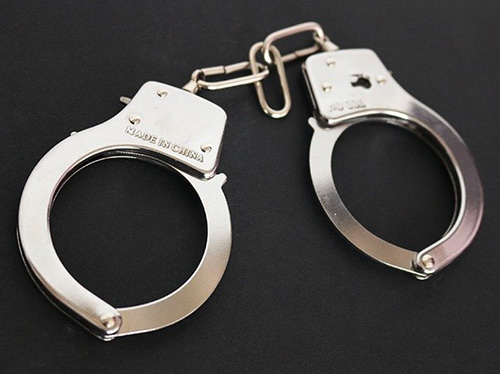 What Is the Difference Between a Felony and a Misdemeanor?

When someone is accused of committing a crime, it’s typically classified as a felony or a misdemeanor. You might be unclear, though, about what the classifications mean and what they refer to in terms of the severity of the offense and the potential punishment.

Generally speaking, felonies are more serious crimes than misdemeanors, but misdemeanors can also have a significant effect on your life and your finances. The exact definitions and types of crimes under each classification can vary by local jurisdiction, but there are some general guidelines to help distinguish between the two types of crimes.

What Is a Felony?

Felonies are the most serious criminal offenses. These are major crimes, such as murder or arson, that carry the most serious consequences, including incarceration and heavy fines. Felonies can be defined by either federal or state jurisdictions, and among the states there is some variety in which crimes are considered felonies and what punishments they carry.

In other words, although certain crimes are considered felonies in all 50 states because they violate federal law, other crimes may be considered a felony in one state but not others. For example, in Texas and Wisconsin, theft is considered a felony only when the amount stolen exceeds $2,500. However, in Virginia and New Jersey, the threshold for felony theft charge is only $200.

Again, felonies are first classified at either federal or state level. Federal felonies are those that break federal laws, while state felonies break state laws. Misdemeanor and felony offenses are sometimes handled differently in the juvenile justice system, though a similar set of definitions usually applies.

At either level, felonies are often classified as Class A, B, C, and D. Some states use numbers instead of letters to classify penalties, e.g., Class 1, Class 2, and so on. The felony class determines the punishments that may follow a conviction.

Felony-level crimes can be either violent or non-violent. What’s considered a felony is also different depending on whether you’re being charged at the federal or state level.

Non-violent felonies include crimes such as:

Generally speaking, non-violent felonies are those that do not result in the physical injury of a victim. A non-violent felony can escalate into a violent offense, and thus a higher classification, if a weapon is involved. For example, if someone commits burglary and threatens a homeowner with a weapon, the offense is considered violent even if no one is injured.

Violent felonies involve the use of force and/or result in bodily injury to another person. In some cases, simply using a weapon or the threat of bodily harm makes the crime violent. With that in mind, violent felonies often have the harshest penalties, and can include crimes such as:

Any crime becomes a federal offense if:

Federal felonies also include Class E felonies, which have a prison term of one to five years. In addition, conviction on federal felony charges also means a fine of up to $250,000, or parole upon release from prison.

In addition to serving a prison sentence and facing financial consequences, being convicted of a felony has a significant effect on your civil liberties even after release. Upon conviction, you lose the right to vote, to serve on a jury, to hold public office, and to own a weapon. In some cases, a felony conviction also means you no longer qualify to hold certain professional licenses.

In some states, you may be able to restore some of your civil liberties once you’ve completed your prison sentence and paid any fines or restitution owed, with the notable exception of the Second Amendment right to own weapons.

Life After a Felony

Life after a felony conviction can be challenging. The conviction will appear in your background checks, meaning that it can affect your ability to find a job or place to live. If you are released from prison on parole, you will face additional restrictions on your activities and freedoms. If you owe a fine or restitution, your finances may suffer.

What Is a Misdemeanor?

Although less serious than felonies, misdemeanors are still crimes and carry the possibility of jail time. Generally speaking, misdemeanors are non-violent crimes that are more significant than a simple infraction (such as a traffic ticket) but not as serious as a felony.

In some cases, crimes could be prosecuted as either a misdemeanor or a felony depending on their severity. Legal professionals may use the term “wobbler” to describe these offenses, which come down to the judgment of the prosecutor. Your defense attorney may be able to negotiate with the prosecutor to have a wobbler reduced to a misdemeanor via a plea or by presenting relevant evidence.

For example, a DUI in which no one was hurt may be prosecuted as a misdemeanor, especially if it is a first offense. However, if the driver’s blood-alcohol level was significantly over the limit, it may be considered a felony. Violence can also take an offense from misdemeanor to a felony.

Like felonies, misdemeanors are classified by their severity and the potential punishments. Laws vary by state, but most use a similar classification structure.

Some states also have unclassified misdemeanor laws, which are used to prosecute individuals for crimes that don’t fall into any of the other categories. These offenses rarely result in a prison sentence, but may result in fines.

A wide variety of crimes fall under the umbrella of misdemeanors, with some crossing the line into felony territory. Again, that classification ultimately comes down to the severity of the crime.

That said, some crimes fall squarely into the category of misdemeanor, including:

This is not an exhaustive list of crimes, and actual convictions depend on individual state laws.

Misdemeanors may be punishable by jail time, fines, or both. In some cases, defendants may receive alternative punishments, such as community service, in addition to or in lieu of other punishments. Unlike felony convictions, which include serving time in a state or federal prison, most misdemeanor sentences are served in a county or local jail.

State laws vary, but the typical punishments for misdemeanors are as follows:

Unlike felonies, misdemeanors have no lasting effects on your civil liberties. You can continue to vote, serve in office or on a jury, and own weapons.

Life After a Misdemeanor

A misdemeanor on your record has less of an effect on your life than a felony, although it will appear on background check reports. Many people with misdemeanors on their records experience no ill effects and have no difficulty getting a job or place to live, although they may be asked to explain the misdemeanor to a potential landlord or employer.

Expunging a Felony or Misdemeanor From Your Record

Although criminal records for individuals under age 18 can be sealed, adults don’t have that option. However, it may be possible to have a felony or misdemeanor expunged from your record. This doesn’t mean that the conviction is removed, but rather is an indication that you have completed your punishment, and that the case has been dismissed.

Typically, you can request an expungement two years after completing your punishment, although some states allow it sooner or later. Most states only allow misdemeanors to be expunged; felonies will remain on your record forever unless you are granted a pardon at a later date.