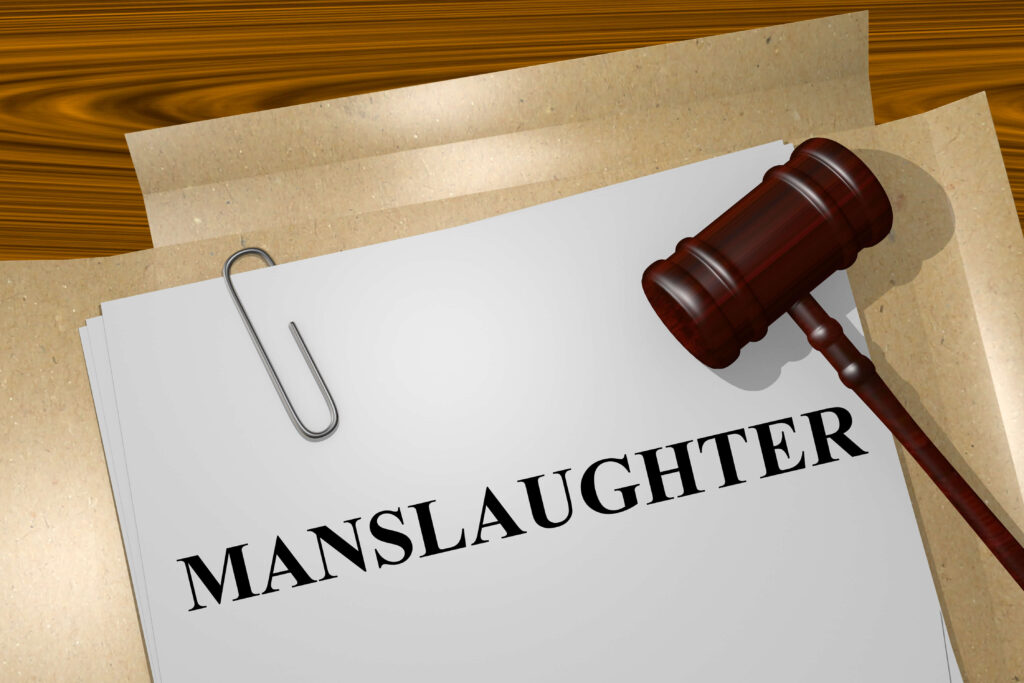 What Is Involuntary Manslaughter?

Are you facing involuntary manslaughter charges? Have officers questioned you in connection with someone’s death? Talk to an experienced local attorney who can help you navigate the criminal justice system. Call today or complete the online contact form below.

This is a serious criminal charge that stems from the death of a person. Unlike murder or other types of homicide, though, involuntary manslaughter does not require premeditation, deliberation or criminal intent.

While it is a lower-level offense, it carries stiff penalties. Accordingly, if you or someone you know is facing involuntary manslaughter charges, it is important to speak with an experienced attorney. After all, you may lose your freedom following a conviction.

The Basics of Involuntary Manslaughter

Often, individuals face involuntary manslaughter charges under one of the following legal theories:

Remember, all states and the federal government have their own definitions of this charge. Some jurisdictions may also have different names for this type of prohibited conduct. Consequently, it is important to understand the law where you live.

If your negligence results in the injury or death of someone, the person or his or her estate may file a civil action against you. You may also be criminally responsible for the person’s death.

Criminal negligence is more serious than civil negligence, however. While legal culpability depends on where you live, most states require gross negligence as a precursor to involuntary manslaughter charges.

Gross negligence is failing to exercise reasonable diligence or care. For example, if you drive while distracted through a construction zone, you are likely not exercising due care. If you hit a construction worker with your car, you may face involuntary manslaughter charges.

In some states, involuntary manslaughter charges require an individual to have known his or her actions were negligent. In others, if an objective person would have believed the conduct to be negligent, criminal charges are possible.

Sometimes, involuntary manslaughter charges stem from an event that involved misdemeanor criminal conduct. If drunk driving is a misdemeanor in your state, for example, you may face charges after a drunk driving accident that results in someone’s death.

While misdemeanor manslaughter is common for deaths that happen in conjunction with low-level criminal offenses, murder charges often come from high-level ones. That is, if someone dies during the commission of a felony, prosecutors may opt to file murder charges against a defendant.

Depending on where you live, prosecutors may charge involuntary manslaughter as a high-level misdemeanor or low-level felony. Either way, you may face incarceration for up to a few years after a conviction.

You may also have to pay a fine, complete probation, pay restitution or comply with other requirements after a conviction for involuntary manslaughter.

After an arrest, officers may continue to question you. Eventually, they may ask prosecutors to charge you with involuntary manslaughter or another criminal offense. Then, prosecutors may try to induce you into accepting a plea deal.

If you cannot reach an agreement with prosecutors, your case is likely to proceed to trial. During your criminal trial, the state presents evidence of your guilt. You can submit your own evidence or otherwise defend yourself. A judge or jury then decides whether you are guilty or innocent.

After a conviction, you may have to serve prison time or face other consequences. If there was some legal problem during your trial, though, you may be able to appeal your conviction.

You must take any criminal charge seriously. If you think officers may arrest you for involuntary manslaughter or for any other reason, you should consider speaking with an experienced local lawyer.

An attorney in your area can help you in a variety of ways. First, your lawyer can help you assert your legal right to remain silent. He or she may also help you avoid self-incrimination by serving as an intermediary between you and investigators.

When your case goes to trial, your lawyer can represent you in open court. This involves preparing court filings, gathering evidence and making arguments. An experienced attorney can also use legal maneuvers to preserve certain matters for review in an appellate court.

If a judge or jury finds you guilty of involuntary manslaughter, your criminal attorney can assist you with post-conviction matters. He or she may help you plan for serving a sentence, completing parole or probation and taking other steps to protect your future.

Remember, in any criminal matter, the state has experienced lawyers representing it. If you choose not to consult with your own legal counsel, you may be at an incredible disadvantage.