Racial Discrimination in the Workplace 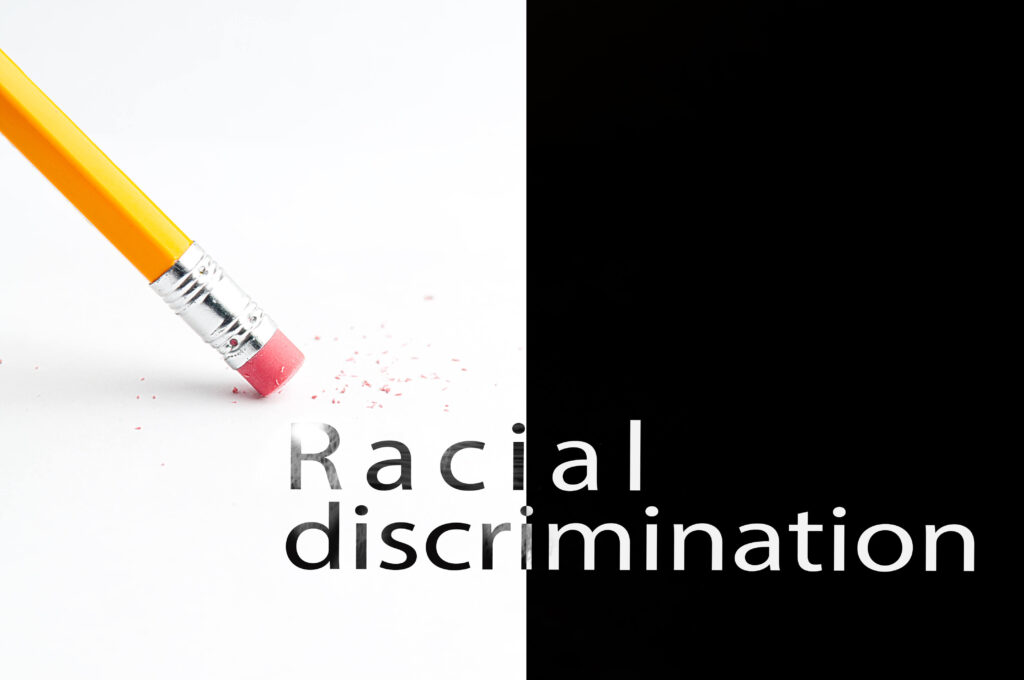 Have you lost your job or experienced another type of adverse employment action because of your race? Do you think your employer may prefer workers from different racial groups? Talk with an attorney who can help you navigate the sensitive matter of racial discrimination in the workplace. To protect your personal, legal and professional interests, call now or complete the form below.

What Is Racial Discrimination in the Workplace?

Racial discrimination in the workplace involves treating workers or applicants differently than others because of their race or perceived race. It may also include using race-related characteristics, such as skin complexion or hair texture, as a reason to take adverse employment action.

While discrimination often occurs when a manager is a different race than an employee or applicant, it is possible to have racial discrimination in the workplace between two individuals of the same race.

Examples of Racial Discrimination in the Workplace

Arguably, direct racial discrimination is the easiest to spot in the workplace. With this type of illegal discrimination, employers openly target individuals of a particular racial group.

For example, an employer may tell a Black applicant she is not a good fit at a job site that has an all-Caucasian makeup, despite her being seemingly qualified.

Incidental racial discrimination often arises when a policy is seemingly racially neutral but has a disparate impact on individuals of a specific race. For example, an employer may hire only workers who have straight hair. This policy, of course, may disadvantage individuals with hair of different textures who may belong to a racial group.

An advertisement for a native English speaker may have a similar effect.

Most employers understand their legal obligation not to discriminate against workers or applicants on account of their race. In an attempted workaround, a discriminatory manager may blame the adverse employment action on something legal.

For example, an employer who wants not to promote a minority worker may blame poor work performance for the decision.

Racial harassment is often a sign of racial discrimination. With this type of illegal misconduct, managers or colleagues insult, demean or otherwise hassle employees because of their race. That is, they make the workplace intolerable, even if they do not ultimately take negative employment action.

For example, a coworker may make inappropriate jokes or mock someone else because of his or her racial characteristics. Even though the individual cannot fire, demote or otherwise target the employee, his or her harassment probably runs afoul of the law.

Employees and applicants should be able to complain against racial discrimination in the workplace without fear of retribution or reprisal. Unfortunately, though, employers regularly retaliate against individuals who assert the legal rights.

For example, a manager may demote a worker after the worker files a discrimination complaint with the Equal Employment Opportunity Commission. This adverse employment action probably violates both state and federal law.

The Legal Process for Filing a Discrimination Claim

If you suspect you are the victim of racial discrimination in the workplace, you likely must act quickly to protect both your legal rights and your career.

Your first step may be to complain to your company’s human resources department. After all, employers have an obligation to investigate claims of racial discrimination. Still, for many reasons, you may feel uncomfortable lodging an internal complaint.

File a Discrimination Charge With the EEOC

You may ultimately be able to file a lawsuit against your employer. Before you do so, though, you likely must file a complaint with the EEOC. The EEOC maintains an online portal for individuals who have been victims of racial discrimination in the workplace.

After filing a discrimination charge, you can expect the EEOC to interview you or otherwise request more information. If the EEOC concludes your employer has violated federal law, the commission may pursue a variety of legal remedies on your behalf.

If the EEOC decides not to take up the matter, though, you may receive a right to sue letter. This letter confirms you have followed the appropriate procedure to file a discrimination charge. It also gives you permission to seek independent redress from your company.

File a Discrimination Charge With a State Agency

Because states have their own anti-discrimination laws, you may also need to notify the state agency that oversees workplace discrimination enforcement. This process may be similar to filing an EEOC discrimination complaint, although it may be vastly different.

How the state agency handles your complaint likely depends on the laws of where you live. Nonetheless, someone from the bureaucracy may request additional information. The state agency may also pursue legal remedies from your employer on your behalf.

An experienced employment lawyer can help you understand your legal options. He or she may also represent you throughout your claim, including before the EEOC or in a courtroom. Because your employer is likely to have legal representation, you probably want a lawyer on your side too.

Rather than worrying about your career, find the right local attorney to help you fight back against racial discrimination in the workplace. Submit a request online or call us today at (866) 345-6784 to get in touch with an experienced lawyer in your area!