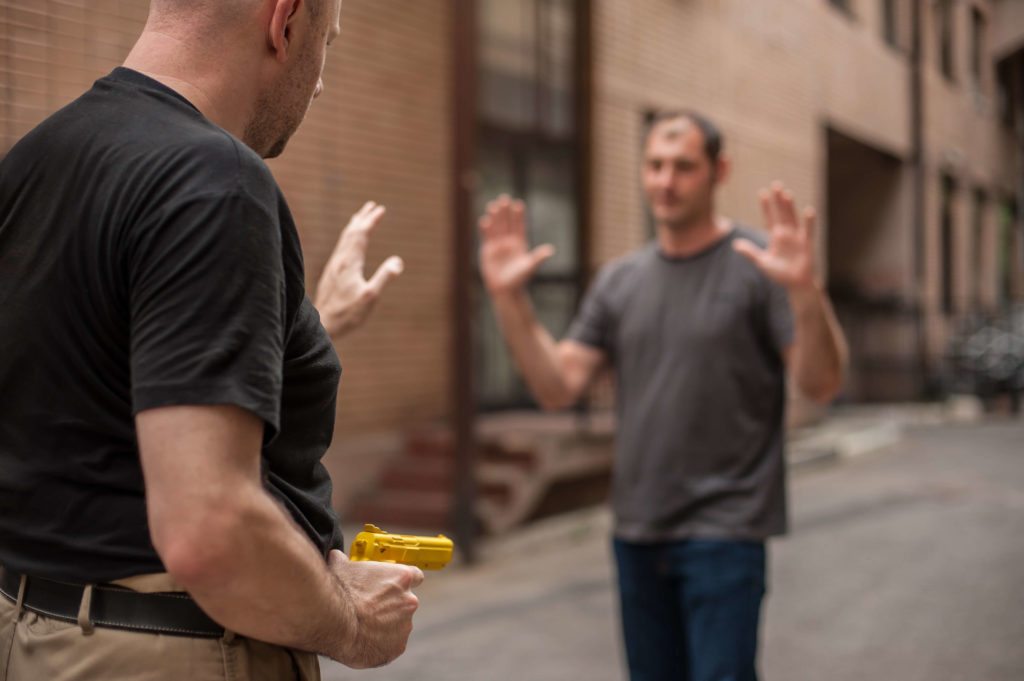 When someone threatens your safety or the safety of a loved one, you might not at first know how to react. Because assault does not usually involve actual physical harm, you might consider setting the incident aside and moving on. If the person later tries to harm you, however, and you defend yourself, you might have a hard time proving that there was an earlier incident also involved if you choose to press charges for the assault.

Because of this, if someone assaults you, it is important to involve the police. This provides the opportunity for you to file a report. If you wish to proceed with a civil case to recover damages, then you should also contact an experienced attorney.

What Is the Meaning of Assault?

Before deciding of pressing charges for assault is the right course of action, learn more about what it means. Most people believe that assault involves causing physical harm to someone, but this is not always the case. The actual definition might come down to a few factors. One of the most important is the jurisdiction in which the incident occurs.

In most U.S. jurisdictions, assault involves any action or statement intended to make another person feel apprehensive about imminent harm. The person alleging the assault generally might need to show that they had good reason to fear that actual harm would follow the threat.

In most cases, there is no need for the person to cause physical harm for assault to take place. If the accused person does cause actual physical harm, then the crime might then become a battery. In some jurisdictions, prosecutors might combine it as “assault and battery.”

What Are the Different Types of Assault?

It might come as some surprise that most jurisdictions separate assault cases into multiple categories. As is the case with defining assault, how you categorize it comes down to the jurisdiction in which it takes place. Here are some of the many categories you might encounter if you are seeking to press charges for your assault.

This describes an instance where the person makes a threat with words and creates mental, psychological or emotional harm for the victim. This does not involve physical harm.

Yet again, the details for this depends on the jurisdiction. For the most part, it refers to cases where the victim suffered assault but experienced no injuries or no serious harm. There is usually no weapon involved in these cases.

This tends to involve the use of a weapon. Even if the victim suffers no injuries, using a weapon to threaten harm counts as aggravated assault. Note that guns are not the only weapons prosecutors might identify for these cases.

Sometimes when you press charges, prosecutors pair this with aggravated assault, because it almost always involves the use of a weapon. An assault case generally becomes felonious when the victim suffers injury. This does not always mean direct injury, such as being struck or shot. If someone suffers a heart attack during an assault incident, this might lead to a felonious charge.

There are three levels of sexual assault based on some of the categories identified above. The different types are differentiated by how the accused person uses force to assault the victim:

Sexual assault is one of the most complex types of assault cases. Even so, it is important to note that marriage or any other existing relationship that involves previous or “implied” consent does not automatically invalidate sexual assault.

What Is the Legal Process for Pressing Assault Charges?

How you handle assault in a courtroom depends on whether you plan to press charges, sue for damages or both. If you want to press charges, the first step is seeking medical attention, if necessary, and calling the police. You should also try to encourage eyewitnesses and other victims at the scene to remain until the police arrive. If they refuse to do so, you might consider asking if they are willing to supply written statements, share footage they recorded or provide contact information.

The police then conduct an investigation and determine if there is enough evidence to proceed with a criminal case. Even if some victims refuse to cooperate, the police might find that they have enough evidence to move on to trial anyway. Evidence might come from CCTV camera footage, eyewitness statements and even forensics. The case might proceed as a misdemeanor or felony, depending on the severity and the evidence.

Unfortunately, the criminal court might not provide any compensation to cover the cost of medical bills or replace damaged property. For this, you might need to bring a civil case. Hiring an experienced personal injury attorney can increase your chances of getting the compensation you deserve.

Do You Need a Lawyer To Press Charges for Assault?

Whenever you decide to take any actual or potential legal action, consulting with an attorney is important. There is no such thing as a guaranteed cut-and-dry case. For instance, the accused person might allege that you verbally assaulted them first and that they only reacted to defend themselves. They might even bring witnesses forward to backup this statement.

If you have an attorney on your side, you might be in a much better position to accurately and thoroughly articulate what happened and provide evidence to defend yourself and secure charges against the right person. If you choose a civil suit, then you need an attorney to present your case to the court.

This increases your likelihood of not just receiving compensation but receiving a higher total value. Submit a request online or call us today at (866) 345-6784 to get in touch with an experienced lawyer in your area!