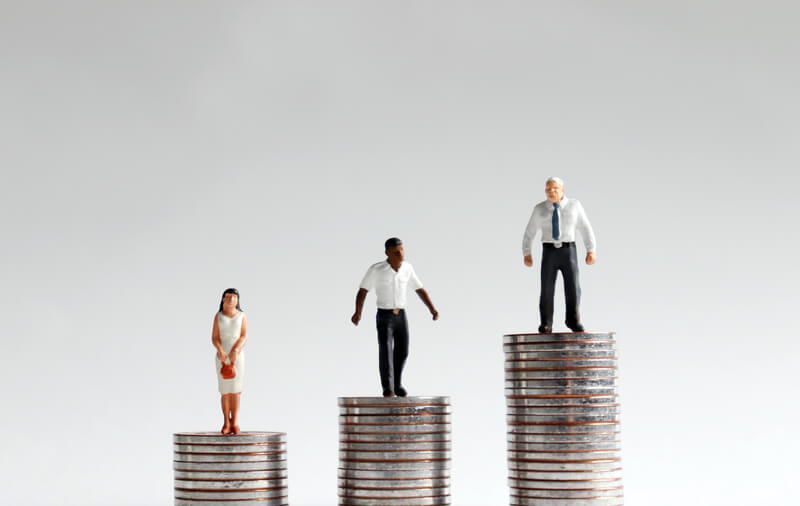 This article contains descriptions of sexual harassment and other situations that victims may find distressing. To take action, contact a gender discrimination lawyer through our website or call (866) 345 – 6784 as this content may cause an emotional trigger.

Gender discrimination is nothing less than a global catastrophe.

The World Bank reports that 2.4 billion women worldwide do not have equal economic rights. Moreover, this pervasive problem extends from third-world countries to the most industrialized nations. The financial impact of these facts is incalculable and devastating to countless lives.

5 Situations Where You Should Consider Hiring a Gender Discrimination Lawyer

But how do you know if your situation has protections under current laws and regulations? You can start assessing how your case may apply to federal legislation by examining the scenarios in this article.

1. You Do Not Receive Equal Pay

The Equal Pay Act of 1963 made it federal law for employers to pay the sexes the same wages for the same work. The unfortunate reality is that disparities remain regardless of this landmark and well-known legislation.

According to the Pew Research Center, the gender pay gap has been roughly the same since 2005. Women continue to earn 84% of what men receive for the same work. This means that women would have to work another 42 days annually to make the difference.

The systemic nature of this problem can mean that some companies are unaware of disparities. Many around you may assume there are no differences in pay without clear evidence for or against its existence. Furthermore, money is a sensitive issue. You likely do not feel comfortable enough with your co-workers to investigate your compensation.

Regardless of the challenges, you want to do what you can to gather evidence that supports your suspicions. Your special gender discrimination lawyer can take whatever you give them and investigate further. In some circumstances, they may even subpoena records to demonstrate your employer violated the law.

2. Your Employer Discriminated Against You for Having Children or Getting Pregnant

The Pregnancy Discrimination Act of 1978 was a crucial amendment to the Civil Rights Act of 1964. This federal legislation made it illegal for employers to discriminate due to pregnancy and other medical conditions.

Despite the risk, some companies continue to put the bottom line before doing what is right. A particularly egregious example from 2022 involved a woman losing her job merely for asking about maternity leave.

Of course, most companies will not be this transparent in their actions. They will attempt to justify their decisions with carefully worded HR jargon and deny wrongdoing. As convincing as they may present their arguments, your gender discrimination attorney can see through the obfuscation. Even more importantly, they can identify cracks in the armor that will make litigation successful.

Sexual harassment can take many forms, especially in the workplace. The problem is pervasive enough that it may be difficult to distinguish between them. For instance, when do offhand comments or teasing meet the definition of a hostile work environment?

U.S. Code provides crucial distinctions for what constitutes sexual harassment in the eyes of the law. This legislation is too extensive to give a comprehensive review. However, there are specific examples that may help you define where the law draws the line:

There are a variety of ways an interviewer can cross the line. Without proper preparation, they could make severe mistakes due to their ignorance of the law. Alternatively, you could miss signs that the company you met with engages in gender discrimination. A few of the topics they should not ask you to discuss include:

Scientific American asserts that despite controversies over implicit bias, it is an active force in daily life. Unfortunately, it is an often misunderstood topic amidst the political noise.

Implicit bias refers to research about how individuals may act on prejudice or stereotypes without intention. Psychologists have studied how many elements of our lives can contribute to this behavior. Political values, self-esteem, and consumer products have received scrutiny for their contributions.

For example, you may have had a boss who claimed they think men and women should be equals. Despite stating this value, they may have passed on qualified female candidates in favor of men. This action could reflect company culture in an environment where only males have held management positions historically.

Regardless of the finer details, intention does not matter more than the result in workplace discrimination cases. If you did not receive opportunities because of your gender, you deserve compensation for the impact of those decisions.

Prejudice exists, and can appear in areas of life that catch you by surprise. The disappointment that follows is painful, palpable, and costly. Thats why it is important to be aware of some of your basic civil rights and liberties. The examples above explain why others have contacted a gender discrimination lawyer. But, they only touch the surface of the problem.

If you are ready to pursue justice, we know a local attorney that wants to help you get it. Contact us through this website or call (866) 345 – 6784 to start the process.