Airbag Injuries May Plague You After an Accident 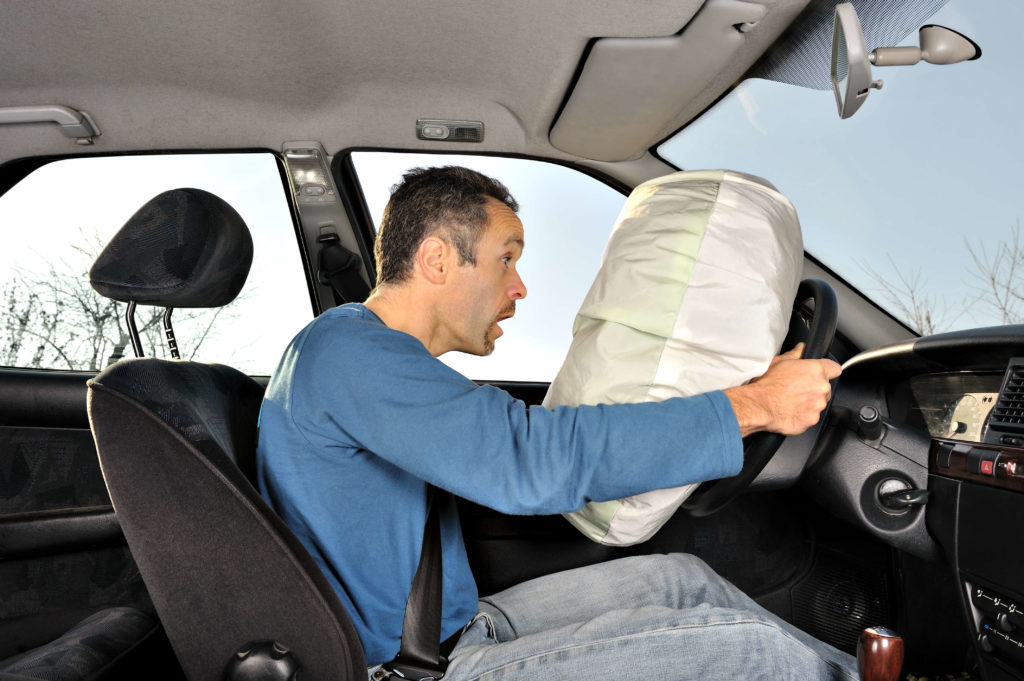 Modern vehicles have many different types of safety devices built into them that aim to protect you if you are in a crash. However, many of these devices also could cause you serious injury. One of the most dangerous safety devices is the airbag. On many vehicles, airbags run all around the interior, including in the steering wheel, dashboard, doors and even headrests. While an airbag can help to prevent some catastrophic injuries, they also are responsible for some serious ones. Even when functioning properly, your airbag can become a volatile component that could turn your accident from bad to worse.

An attorney can assist you in handling the aftermath of your accident. He or she can address any airbag injuries and ensure you get proper representation should you need to take your case to court.

How Airbags Cause Injuries

Understanding how an airbag could harm you starts with knowing how it works and what could go wrong at each step. Airbags are behind panels throughout your vehicle. The most common locations are in the steering wheel and the dashboard.

Airbags attach to a sensor that tells them when to deploy based upon certain factors concerning the movement of your vehicle. Depending on the location, the airbag is set to deploy based on the point of impact and the speed of your vehicle. For example, airbags in your doors will go off in a side-impact crash. Airbags may deploy with impact at low speeds. Sometimes sensors go bad and deploy the airbag in a non-crash situation.

When it deploys, it breaks apart the panel behind which it sits. These panels should break apart yet remain attached to your vehicle so they do not fly at you. Sometimes, though, they may break off and become a dangerous projectile.

To work properly, the airbag must inflate incredibly fast, about 1/20th of a second. It does this with the help of chemicals, specifically sodium azide. When it deploys, it must release its contents, which also releases the chemicals into the air.

The airbag will deflate pretty quickly after it comes out. Its intention is to only cushion you enough to stop seat belt injuries and to prevent you from flying into the steering wheel or dashboard. It serves as a temporary cushion when your body is flying forward after the crash. Timing is incredibly important because if there is a delay with the sensor, it will not serve its purpose and could cause you injuries.

There are several reasons why airbag injuries may occur, but the most common happen due to the debris that flies out with the airbag and the excessive force with which the airbag deploys.

The debris that comes out when the airbag deploys could irritate your lungs, triggering an asthma attack or making it difficult for you to breathe. It can also bring about throat irritation and cause airbag dermatitis to your skin. The chemicals can also cause other reactions and can burn your skin.

Because the airbag must deploy quickly, it has a speed of about 150 to 200 miles per hour, which will slam into your body. This could lead to a range of injuries including:

It’s also common for the deployment of the airbag to lead to abrasions and burns as it contacts the skin.

The most serious dangers of airbags are to children. There is a reason why recommendations are that children should not ride in the front seat of a vehicle until they are out of a car seat and booster seat. Front airbag designs are specifically to conform to adult bodies. Children are at serious risk of injury when a front seat airbag deploys.

The injuries children suffer are incredibly serious and often fatal. They can lead to brain and spine injuries that will affect the child for the rest of his or her life.

Children’s bodies are not strong enough or large enough to handle the impact of an airbag. Children also often sit closer to the airbag, which only increases the force of it when it deploys.

Manufacturers design airbags to work in conjunction with seat belts. Many people mistakenly believe that if they have airbags in their vehicles, then they don’t need to wear a seat belt. This misunderstanding can lead to fatal injuries.

When you are in a crash, your seat belt gives slightly to allow for your forward momentum and to prevent an injury from the seat belt. Then, it locks up to hold you in place and stop you from bouncing around the inside of your vehicle or flying out of the vehicle.

The airbag’s role is to cushion you during that brief moment before your seat belt locks up. It stops you from crashing into the steering wheel or dashboard. However, because it deflates very quickly, it cannot stop your body from flying through the windshield or around the interior of your vehicle. That is your seat belts job.

You can take steps to prevent airbag injuries, but even doing so may not keep you 100% safe. It is a good idea to practice general safety whenever you are in a vehicle with seat belts, which includes doing the following:

If you’ve suffered an airbag injury, you need to seek the help of an attorney. He or she can help you to determine if the injuries are from the crash or due to a malfunction. In any situation, your lawyer can help you build your case and seek the compensation you deserve. Submit a request online or call us today at (866) 345-6784 to get in touch with an experienced lawyer in your area!