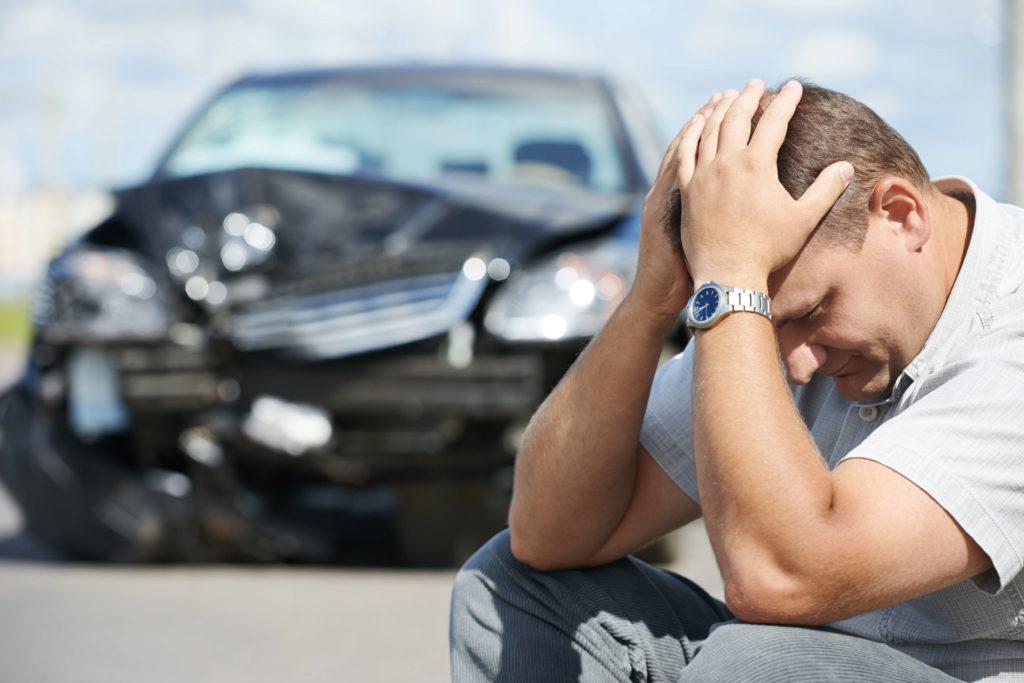 Whether minor or serious, a car accident represents a traumatic event. You probably react with shock, disbelief and likely anger. But even though your emotions are running high, the decisions you make and the things you do immediately after the crash will make all the difference in what happens during the next few months.

Stay where you are. Never leave the scene of any car accident you’ve been involved in, even if it’s a minor fender bender. If you leave before law enforcement officers give you permission to do so, they could charge you with hit-and-run or leaving the scene of an accident, both of which represent serious criminal charges.

Step 2. Check Yourself and Others for Injuries

Check to make sure that neither you, your passengers nor any other driver or passenger has sustained an injury requiring medical attention. If anyone seems to be in distress, use your cellphone to call 911 and request first responders, an ambulance, and law enforcement assistance. Never attempt to move an accident victim unless leaving him or her in the car puts him in immediate danger, such as from fire.

Even if no one sustained injuries, you still need to call 911 and request law enforcement assistance. Do not move any of the vehicles involved in the accident until officers give you permission to do so. They need to know where all vehicles ended up so as to diagram the scene. If it’s a serious accident involving major damage to your vehicle, call your tow service and give them a heads up.

While waiting for officers to arrive after a car accident, collect information from all other drivers involved in the accident, including the following:

Use your cell phone to take pictures of each driver’s license and auto insurance card. Don’t rely on verbal communication. You will also need to provide the same information to all other drivers involved in the accident. Try to keep this exchange as civil and friendly as possible. However, do not apologize for causing the accident or indicate in any way that you think you may have caused it.

Continue using your cellphone to take pictures of your vehicle and each additional vehicle involved in the car accident. Make sure to get a photo of the following for each vehicle:

Next take photos of any of the following that exist:

When officers arrive, jot down each one’s name and badge number. Answer their questions honestly, but don’t volunteer any unasked for information, especially your thoughts on exactly what happened or who caused the car accident. Again, say nothing that indicates you think you might have caused the accident. This is called an admission against interest and could come back to haunt you later. Be sure to ask the officers for the number of their police report. Also ask when and where you can get a copy of it, including how much it will cost you.

Finally, call your auto insurance company. Explain that you have been involved in an accident and give them its location and the approximate time it happened. Once again, do not speculate on who or what caused the accident. Tell them that the police are on scene and conducting an investigation, and give them the police report number.

While you need not contact an attorney immediately after your car crash, you should consider contacting an experienced personal injury attorney in the next day or two, even if neither you nor your passengers suffered any apparent injuries. Remember, injury symptoms, especially those involving whiplash and/or bruising, often take a while to show up. In addition, you have no idea at this point as to whether or not one of the other drivers or passengers may sue you.

How a Car Accident Lawyer Can Help

Even if no one ultimately sues you, you may wish to sue them. At the very least, you probably will need to file a claim with your own insurance company. Any of these can become very complicated very quickly. An experienced car accident attorney can give you the advice, counsel and representation needed to guide you through the legal process(es), doing such things as the following:

For the most part, car accident and personal injuries attorneys work on a contingency fee basis. What this means is that you owe nothing unless and until the attorney obtains a favorable settlement or judgment for you. When (s)he does, a percentage of your recovery will go to pay your legal fees, plus enough additional money to pay any of your medical bills that remain outstanding.