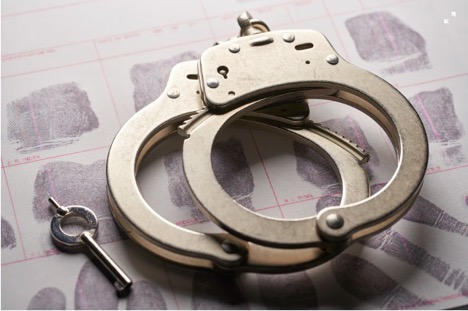 What Is Juvenile Justice?

Juvenile crime rates in the United States peaked in 1996, which is consistent with the overall increasing crime rate throughout the decade. According to MST Services, 1996 saw a total of 8,476 arrests per 100,000 people between the ages of 10 and 17.

Juvenile crime has declined ever since. 2,553 minors over the age of ten were arrested per 100,000 in 2016, which is a 70% decline from 1996. The most common crimes that juveniles commit are non-violent misdemeanors, such as theft-larceny (the most common, according to MST), simple assault, drug abuse violations, disorderly conduct, and underage drinking.

What is the Juvenile Justice System?

The juvenile justice system deals with crimes that are committed by minors. It is important to note, though, that there is no national juvenile justice system in the United States. Instead, there are over 56 distinct systems spread between various states, territories, and local governments. As such, processes and procedures between systems vary significantly. It may be wise for young offenders and their families to secure legal assistance and other local resources to help them navigate these systems.

The Juvenile Justice and Delinquency Prevention Act (originally passed in 1974 and reauthorized in 2018) does establish federal standards for individual juvenile justice systems to adhere to, though. Alongside the Office of Juvenile Justice and Delinquency Prevention, the Act and the Office exist to support local and state efforts to deter delinquency, enforce minimum levels of safety and fair treatment, and otherwise improve the juvenile justice system.

In most states, children and adolescents younger than 17 can be tried in juvenile court, as the legal age for adult criminal culpability is 18. Here they will be accused of committing a delinquent act instead of being charged with a crime. Many juveniles are eligible for criminal expungement, which can help limit the lasting negative effects of breaking the law early in life.

However, some states have different age regulations, and they are subject to change. In New York and North Carolina, for instance, the maximum age to be tried in juvenile court was 15 in 2013, while in Vermont it’s 21. Judges can use their discretion to determine if a child is capable of forming a “guilty mind,” or criminal intent that warrants prosecution (though some states enforce a minimum age, such as Vermont’s 10-years-old threshold for adjudicating delinquency).

There are some cases when a judge waives the juvenile court’s protections and the youth is tried as an adult. Depending on local laws, this can happen if:

The Juvenile Law Center chronicles that the first juvenile court took place in Cook County, Illinois, in 1899. Since then, states have acknowledged that children who break the law are different than adults: they are less mature and have a greater potential to change. By the 1920s, every state had a separate justice system for dealing with minors.

Juvenile justice systems were originally informal. Proceedings were private, defendants had no legal representation (sometimes processes only entailed conversations between youths and judges), and many systems created separate rehabilitation facilities so that minors were not jailed with adults.

“Tough on crime” policies created in the 1980s deny many youths the juvenile justice system’s protections. Adolescents could be punished with extreme sentences, including life in prison without parole and death.

What Is the Purpose of the Juvenile Justice System?

Youth.gov states that the juvenile justice system’s primary goals are:

This protection declares that juveniles cannot be detained or confined in any jail (or any other lockup) intended for adults. They may be held for up to six hours (or 48 in rural areas) as they are processed, waiting for release, awaiting their court appearance, or are waiting to be transferred to a juvenile facility.

This mandate requires that states keep status offenders out from secure correctional or detention facilities (status offenders are juveniles who are adjudicated or charged for behavior that is not typically considered a “crime” if an adult were to do the same thing, such as truancy, violating curfew laws, or possessing tobacco or alcohol), with controversial exceptions.

Minority youths are disproportionately involved in the juvenile justice system. This requirement dictates that states must demonstrate that they are actively working to address ethnic and racial disparities within their juvenile justice systems. States must identify which decision points create these disparities and enact measures for addressing them without establishing numerical standards.

This mandate prohibits states from detaining or confining minors in facilities where they would have sight or sound contact with adult inmates. Correctional staff members who work with both minors and adults must be certified to work with juveniles.

The juvenile justice system in the United States is supposed to recognize that children and adolescents are fundamentally different from adults, and therefore deserve different treatment for breaking the law — though this is not always the case. Many nonprofit organizations, lawmakers, and other parties are pressing for more rehabilitative measures than penal when dealing with juvenile justice cases.