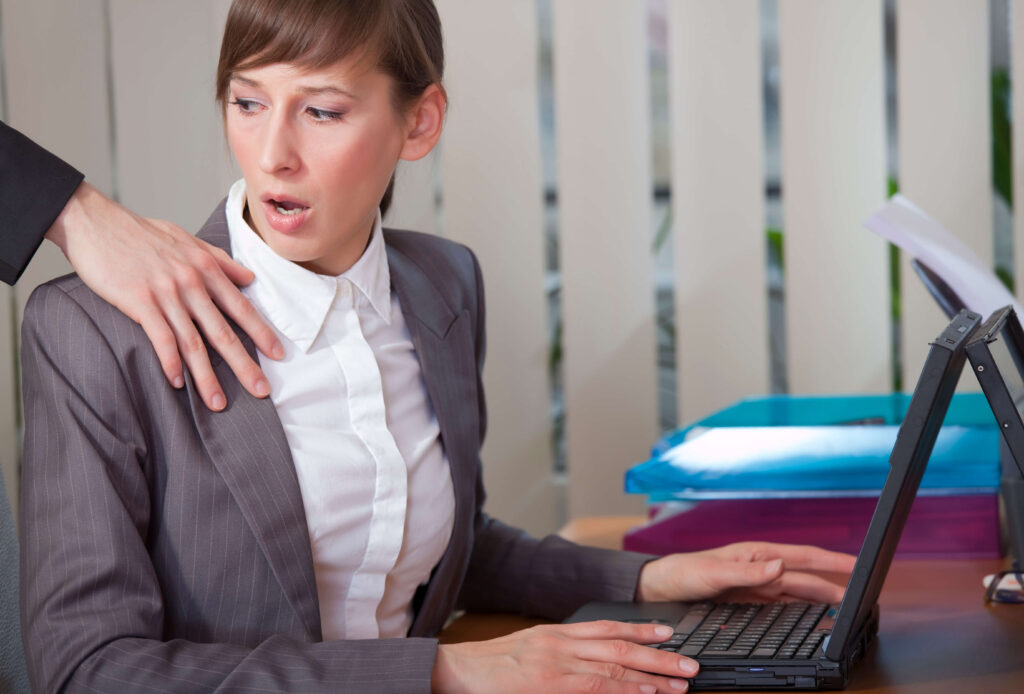 When you think of workplace sexual harassment, the scenario that likely comes to mind is that of an older male supervisor or boss making unwanted sexual advances to his younger female subordinate. However, while this kind of harassment unfortunately remains common in the American workplace, the phenomenon has expanded to include victimization of men by women and other men as well as women by other women.

At its core, workplace sexual harassment represents a form of gender-based discrimination prohibited by not only Title VII of the Civil Rights Act of 1964 but also the laws of every state. One of the best ways to protect yourself from this, is to understand the basics of your civil rights and liberties.

Workplace sexual harassment also plays into workplace discrimination, and takes two basic forms: quid pro quo (Latin meaning “this for that”) and hostile work environment. In quid pro quo, it involves people in positions of authority promising you career advancement, additional employee benefits, etc. in exchange for accepting their harassing behaviors. Alternatively, it can involve these perpetrators threatening you with wrongful termination, demotion, etc. unless you “cooperate.”

Hostile workplace environment involves a pattern of sexual harassment severe enough to negatively impact your ability to work and possibly even your mental health. Depending on the circumstances, you might have a case for a workers compensation claim as well. However, proving hostile workplace environment depends on a variety of factors, including:

The ways in which workplace sexual harassment manifests are limited only by its perpetrators’ imaginations. However, common types include:

Examples of Sexual Harassment in the Workplace

While sexual harassment can and does occur in virtually any workplace, it tends to be more pervasive in professions and industries such as the following, in which women have historically made up a large percentage of the workforce:

Statistically, more restaurant industry employees file sexual harassment claims than workers in any other industry. In fact, 90% of female restaurant workers and 70% of their male counterparts report experiencing some type of workplace sexual harassment. For the most part, this harassment comes from customers, but managers and co-workers also account for perpetrators. A combination of factors go into putting restaurant workers at high risk for sexual harassment, not the least among them being “the customer is always right” thinking. In addition, managers often instruct servers, particularly female ones, to “use their looks” to “enhance the customer experience” as well as to increase the amount of their tips. Restaurant chains consequently often require their female servers to wear provocative clothing, uniforms or costumes.

Sexual harassment of female secretaries and administrative assistants goes back a long way and occurs in all professions, industries and government offices. Unfortunately, many office assistants are routinely subjected to such kinds of sexual harassment as:

In a recent 4-year period, teachers reported over 73,000 incidents of workplace sexual harassment, including such violent acts as rape and sexual battery. Student-on-teacher sexual harassment by males against females is becoming ever more common despite how people continue to believe that teachers always hold power positions over students. In addition, many people, including high school and college administrations, often take a less-than-serious view of reported male-on-female sexual harassment, especially when it involves students harassing teachers, passing it off as a “boys will be boys” phenomenon not worthy of much investigation, let alone any accountability.

“Casting couch” stories have run rampant in Hollywood for decades and represent a continuing part of Hollywood lore. Movie and TV actors face substantial risk of sexual harassment from not only their directors and producers, but also from other actors, make-up artists, wardrobe designers, hairdressers and even fans. More than a few actresses have been stalked, physically or electronically, by male fans who wrongly presume a mutual sexual attraction.

As for musicians, when the Musician’s Union surveyed 30,000 of its members, 48% of those who replied reported experiencing sexual discrimination, harassment or abuse while at work.

When To Hire an Attorney

Submit a request online today or call us at (866) 345-6784 to get in touch with an experienced sexual harassment lawyer in your area!