What Is Sexual Harassment and How Can You Combat It? 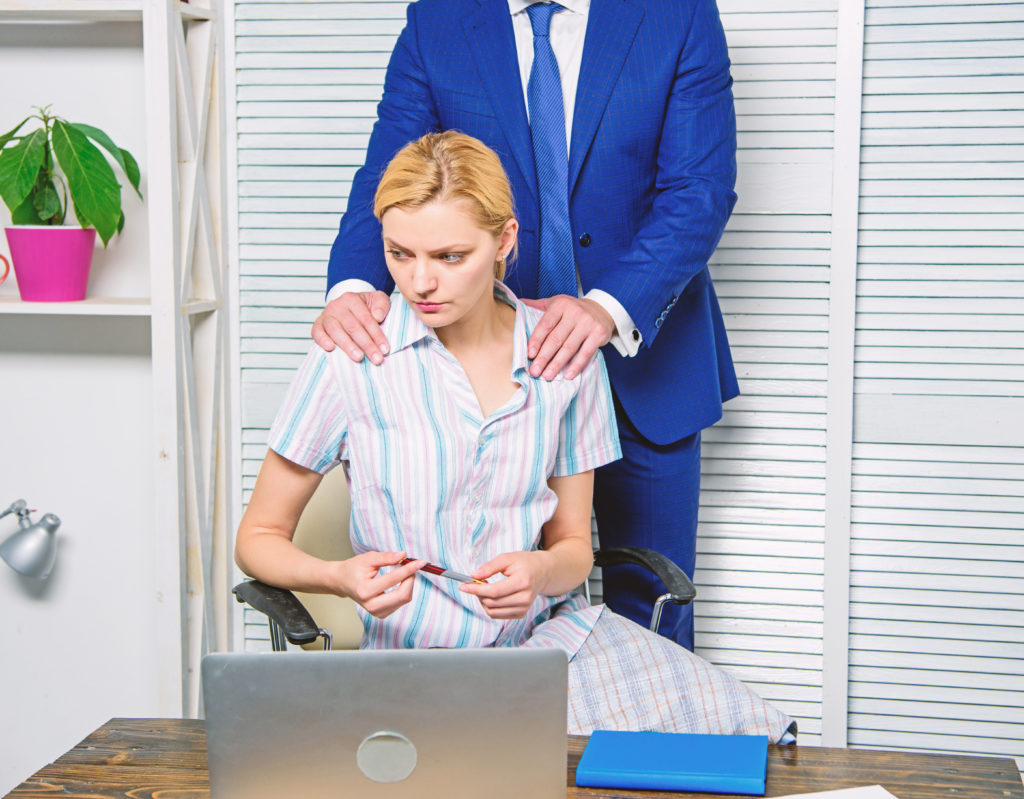 Quid pro quo harassment occurs when your supervisor, manager, or someone else higher up the corporate ladder requests sexual favors from you in exchange for a job action. For example, your supervisor might say, “I’ll fire you unless you sleep with me.” Or your manager might say something like, “I can see to it that you get a promotion, you know. All you need to do is sleep with me.”

It’s also important to note that sexual harassment doesn’t always happen between coworkers. It can also be perpetrated by one of your company’s clients, customers, suppliers, etc.

Some workplace conducts are explicitly inappropriate and therefore can be clearly defined as sexual harassment. These conducts include, but are not limited to, such things as the following:

Other Forms of Sexual Harassment

Unfortunately, sexual harassment can also be difficult to detect in the workplace, especially if it’s a hostile work environment situation. Conduct that might at first seem merely irritating and inappropriate can become more severe when repeated over time. That’s why it’s important to understand common types of inappropriate workplace behavior. This includes, but us not limited to, the following:

How to Report Sexual Harassment

If you’re being sexually harassed at work, your first step should be to tell the perpetrator to stop. This is especially true if it’s a case where (s)he might not be aware that you find his or her behavior inappropriate and unwelcome. Oftentimes, telling someone to stop, even though it may be difficult, can be effective and may be the easiest way for you to quickly put an end to his or her sexually harassing behavior.

If you have told the perpetrator to stop acting in a sexual manner toward you and (s)he has not stopped, it’s time to go directly to your supervisor. This is especially true if you have any reason to fear the perpetrator, or if what (s)he did was extremely severe in nature. Do not put yourself in harm’s way. Let your supervisor and HR deal with the employee in question.

Your supervisor is responsible for your wellbeing and legally required to put a stop to the sexual harassment and/or the hostile work environment. Check your employee handbook to see if it contains guidance on what to do if you’re being sexually harassed.

If, however, your supervisor is the person who is sexually harassing you, you can go to either his or her own supervisor or to your company’s HR department. If neither of those options works, then you will have to consult with an attorney for your next course of action.

Make sure you document, in writing, your harassment from the time it first occurs. If you asked the employee in question to stop, document that. If you informed your supervisor, document that as well. In addition, you should keep evidence or copies thereof of any proof you have of your sexual harassment. This can include inappropriate emails, text messages, etc.

You should also keep an ongoing detailed journal of the date and time of each sexual harassment incident. Describe what happened and who did it. Who else was there when it happened? How has it affected you and your job performance? Try to be as detailed as possible so you can later prove your case to government agencies or to a jury if and when the time comes.

Do You Need a Sexual Harassment Attorney?

Have you experienced sexual harassment in the workplace? Has it been satisfactorily resolved by your company in-house? If not, you should contact an employment law attorney experienced in handling sexual harassment cases. Only a legal professional with deep knowledge and experience in these types of cases can provide you with the advice, counsel, and ultimate aggressive representation you need. (S)he likely will advise you to complain to government agencies such as the Equal Employment Opportunity Commission that enforce Title VII and/or to your state’s fair employment office. Keep in mind that you must file an EEOC complaint before you can file an actual lawsuit against your employer.

Work with a Local Harassment Lawyer

Once you’ve become a victim of sexual harassment in the workplace, it’s time to take action, the sooner the better. You cannot afford to let the situation fester or leave its resolution up to chance.