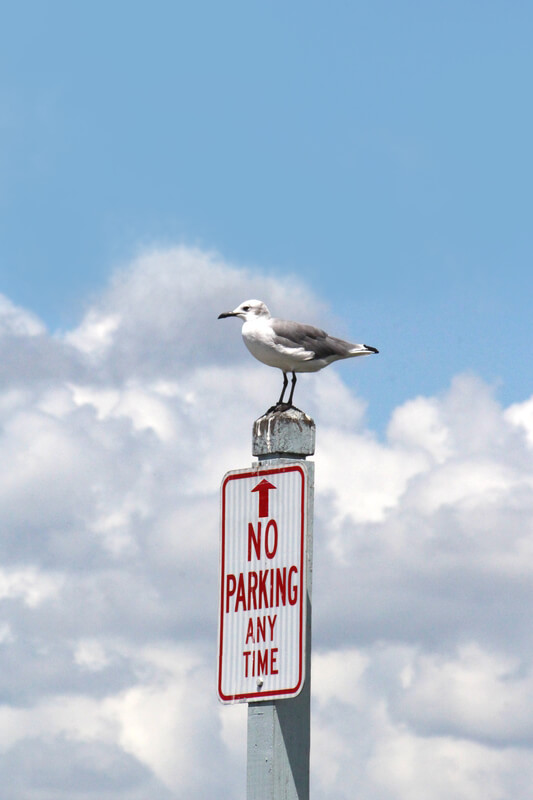 Can you imagine someone getting arrested for wearing a fake mustache or playing pinball? What if you went to jail for spitting on a sidewalk, or honking your car horn?

Some of these weird laws actually exist in the United States. In some circumstances, they are archaic legislation that authorities do not enforce anymore. In others, they make us ponder deep questions about what we do and don’t allow in society.

Accordingly, you will find more than the weirdest laws in the U.S. in the following paragraphs. You may become inspired to advocate for legislation or pursue justice for your community and family.

No Eating Fried Chicken With a Knife and Fork in Gainesville, GA

It has become a grand American tradition to have strong opinions about how to eat certain foods. For example, satirist Jon Stewart excoriated Bill DeBlasio for eating pizza with a knife and fork.

But did Gainesville go so far as to make it illegal for people to enjoy fried chicken the same way? That would certainly qualify as one of the craziest laws in the U.S.

The truth is that local police did arrest a 90-year-old woman for breaking this law. Thankfully, while the law does exist, this event was a prank and promotion for the city. We leave it for you to decide if they went too far to promote the self-proclaimed “poultry capital of the world.”

Do you know someone with a unique sense of humor in your church? Could you imagine them getting arrested for one of their jokes?

If they wear a fake mustache to get a laugh in Alabama, they could break one of the weirdest state laws ever passed! There is little evidence as to why a state legislature would enact this archaic law. But, if you have a kooky uncle who lives in the state, you may want to give them a warning! This might take the cake as one of the weirdest laws in the U.S.

This strange law could also be a general lesson in decorum for some individuals who can’t tell where fun ends, and business begins. If someone was accused of violating this law, you may be wary of how they might behave in court!

Minors in South Carolina Are Not Allowed to Play Pinball

Did you know that pinball machines were illegal in the United States? Good thing The Who is a British band!

At one time, politicians in major American cities had concerns about this fun and benign activity. They banned these machines, to the dismay of enthusiasts, in an attempt to curtail illegal gambling. Consequently, some states and municipalities technically still have these bans in their statutes.

For instance, South Carolina still bans minors from playing pinball. WYFF in Greenville reports that police do not enforce this law. However, the fact remains that South Carolina Children’s Code makes this activity illegal for anyone under 18.

You Can’t Keep a Coin in Your Ear in Hawaii

What are the clothes that you might associate with living in Hawaii? Cargo shorts, t-shirts, and bathing suits probably come to mind. But what about quarters or dimes to put in your ears?

This idea may sound like one of the craziest laws in the world. But, Only in Hawaii informs us that doing so would be a serious offense. King Kamehameha banned keeping a quarter in your ear in 1847 because of an association with dealing drugs.

No Exploding Golf Balls in Massachusetts

One can only imagine that this Massachusetts law is due to someone pranking a state legislator. Regardless of how it became law, manufacturing exploding golf balls has noteworthy consequences. You can receive a fine of $500 to $1,000 or spend up to a year in prison!

WBEC-FM in Pittsfield has an interesting explanation for this absurd-sounding legislation. They discovered that golf balls used to have corrosive liquid in their cores. This legislation seems to be in response to a curious boy who suffered permanent injuries to his eyes after breaking one open.

No Whistling for a Lost Canary Before 7 AM in Berkeley, CA

It’s hard to imagine what local dispute in Berkeley inspired the creation of this law. Regardless, the fact remains that you cannot whistle for your lost canary before 7 a.m.

Perhaps at some point, bird enthusiasts in the area will band together and allow people to search all day and night! Maybe they can see the re-enforcement of one of the weirdest laws in the U.S.

No Serving Butter Substitutes in Wisconsin

Wisconsin Cheese is famous because of the state’s proud dedication to the dairy industry. Therefore, it should be no surprise that they take butter seriously also.

But would they go so far as to ban butter substitutes like margarine?

In this instance, fact is stranger than fiction. Section 97.18(4) of the Wisconsin Statutes says you cannot serve butter substitutes unless a customer requests it.

Do you feel like your bowling skills improve after a couple of beers? Or, do you think your luck improves during a friendly poker game after a drink or two?

Then it would make sense that you could imagine having fun drinking and playing bingo! Unfortunately, North Carolina General Statutes ban the consumption or selling of alcohol during a bingo game.

As documented by Raleigh Magazine, agents from Alcohol Law Enforcement do not actively try to stop this activity. However, they must investigate any reports they receive.

No Sleeping in a Cheese Factory in South Dakota

Anyone who has worked long hours knows the temptation of a nap. This urge is particularly strong when you do not sleep well or feel burned out. Even if you give in to temptation, the worst that could happen is you lose your job. But what if going to sleep on the job means you broke the law?

If you work in a cheese factory in South Dakota, that could be the case!

Recent reporting says the dairy industry makes billions and employs over 14,000 people in the state. A fact like this could contribute to passing this type of legislation. However, it does raise some questions about how employment laws work in South Dakota.

No Vending Machines Attached to Utility Poles in Washington State

What locations come to mind for where to install a vending machine? Generally, anywhere with regular foot traffic works well. As a result, somewhere with a utility pole to attach it to is way down the proverbial list.

Regardless, the Revised Code of Washington prohibits anyone from affixing the following:

No Honking Outside a Sandwich Shop After 9 PM in Little Rock, AR

The debate over this legislation that justifies its existence may exist deep in the City of Little Rock City Hall. But, there does not seem to be a public explanation available for Sec. 18-64 of the Code of Ordinances. This law prohibits honking your horn after 9 p.m. outside an establishment that serves sandwiches and cold drinks.

As far as local criminal law in Little Rock goes, this one boggles the mind. After all, wouldn’t the typical noise ordinances apply regardless?

Do You Have Legal Concerns Beyond the Weirdest Laws in the U.S.?

Has reading about some of the weirdest laws in the United States reminded you of a current legal problem? Perhaps this article has brought to light questions about first amendment cases, or subpoenas and summons. Consider contacting us to find a highly-qualified attorney in your area. You can send a request through our website or call (866) 345-6784!