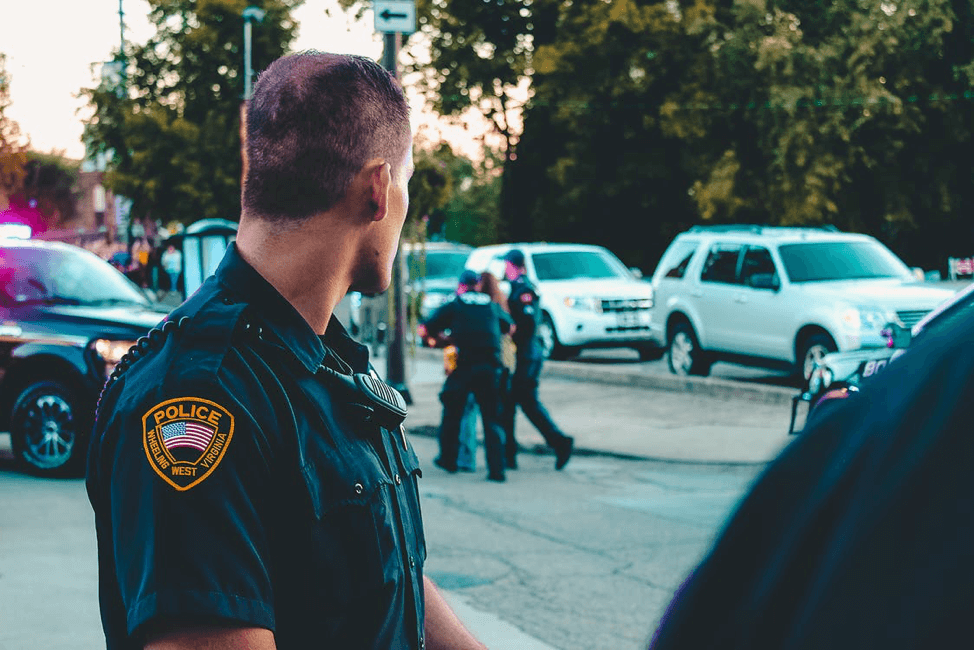 Police brutality cases became a subject of national debate in the summer of 2014. Those short months were marked by three separate officer-involved shootings that ended with the death of three unarmed black men.

In 2015, the case of Walter Scott in Charleston, South Carolina further exemplified these growing tensions. After shooting and killing an unarmed man, police officer Michael Slager admitted guilt after a bystander submitted footage into evidence. His dash-cam footage was also crucial to the case.

Adding to the public scrutiny of the issue is the possible racial disparity in some cases. The Guardian shows that in 2016 alone, black Americans lost their lives at the hands of police at a rate of 6.66 per 1 million people. In contrast, white Americans held a little more than a third of that number.

An emerging solution has been to implement the use of body-worn cameras, or BWCs, that can monitor and record police interactions while on the job. A May 2015 YouGov poll found that 88% of Americans support BWCs for police officers. By 2013, approximately one-third of U.S. municipal police departments had incorporated the use of body cameras.

Is this new technology helping? Could body-worn cameras change the way society deals with accusations of police brutality, both legally and socially? Studies suggest that the answer is not simple.

The Purpose of Body Cameras

Body cameras are high-tech devices that affix to an officer’s chest or eyeglasses for a live stream of on-the-job interactions. The duties of a body camera are two-fold: to ensure public safety and to promote public trust.

Ideally, this would hold officers accountable for their behavior, and the footage could also add greater accountability to the officer’s department. The greater transparency might also hold an officer’s superiors liable for reinforcing the responsibility to correct and discipline when required.

This premise is being tested in various jurisdictions across the country to determine whether BWCs have a net positive impact on police behavior and the criminal justice system.

A 2014 study funded by the Bureau of Justice Assistance’s Smart Policing Initiative and conducted by Arizona State University shows that body cameras can have three potential effects:

There are several desired benefits to police body cameras, which are being tested in ongoing experiments to validate the technology:

BWCs may improve community interactions and perceptions through enhanced transparency. It may also eliminate the mystery shrouding how police officers do their jobs.

The presence of video cameras is hoped to encourage better behavior. People may act more cautiously when they know that their actions are being recorded.

The footage collected from a body-worn camera can provide crucial supporting documentation for legal cases. Regardless of whether it is a criminal trial or a matter for small claims court, camera footage can eliminate confusion by confirming and refining the details of the event in question.

Camera footage could mean you no longer need to drag out questions over he-said-she-said scenarios. This can save countless hours and taxpayer dollars by expediting judicial proceedings and preventing wrongful convictions.

With BWCs, police departments also gain the opportunity to review and study body cam footage. With the footage, officers can Identify what works and what doesn’t, so new classes of officers are trained to be better equipped for the challenges they face on the streets.

While the potential merits and applications of BWCs are being studied, there are also some limitations, risks, and other mitigating issues that can limit their value and popularity as a solution:

Not all studies rule in favor of body-worn cameras (BWCs). A study by the Center for Evidence-Based Crime Policy at George Mason University (GMU) shows that BWCs are only as effective as the leadership that implements them. This is an innovative technology that offers several benefits, but its full potential can’t be tapped until it is fully explored by departments.

GMU researchers fear repercussions from police officers, as well. The requirement of body-worn cameras could make some officers uncomfortable doing their jobs, or feel less motivated to police communities.

Privacy is a growing concern when it comes to who can view the footage from body-worn cameras. This footage may contain highly sensitive, emotional, or sometimes graphic footage that victims or officers may not want to be made public.

A major issue with BWCs is how long officers should be reasonably expected to record. A study from RAND Europe found that officer rate of use-of-force was unaffected by the presence of BWCs; however, this was dependent on officers keeping cameras on for the entirety of their shift. Those who turned their cameras on and off found that use-of-force actually increased. Another study of Washington, D.C. police officers resulted in similar findings.

The inability to turn off a body camera during a long shift can infringe on an officer’s right to privacy. During the course of the day, there may be conversations, such as a phone call with a spouse or a doctor calling with test results, that an officer wants to be kept private. Nobody wants their personal matters to be broadcasted to colleagues, let alone the world, and BWCs are now joining the use of cell phone data in the growing battle for transparency in law enforcement.

Law enforcement shows mixed feelings when it comes to officer perception, with some studies showing that officers came to appreciate the cameras more with time.

From 2013 to 2018, there was an increase in the number of people killed by American police every year except for one. To regain public trust and ensure accountability, the U.S. Department of Justice under the direction of President Obama contributed over $23 million in funding for nationwide BWC implementation.

Since then, studies continue, but results are mixed. While some studies suggest that body cameras prompt a change in officer behavior, others show no conclusive results. Much of the data is based on reported behavior, but not all incidents and events may be reported.

At this time, more research still needs to be done. “The true extent of its value will depend on the continuation of research studies to keep pace with the growing adoption and implementation of body-worn cameras by law enforcement agencies in the United States,” writes social science analyst Brett Chapman for the National Institute of Justice.

To best benefit from these cameras, police departments need to update their training and organizational measures to reflect these new findings. It allows them to create standard proceedings on officer expectations and limitations involving the use of body cameras on the job and in legal proceedings.

Body-worn cameras can be a life-saving tool for many communities around America, but we’re only beginning to understand the benefits that this new technology can deliver to our country as a whole.