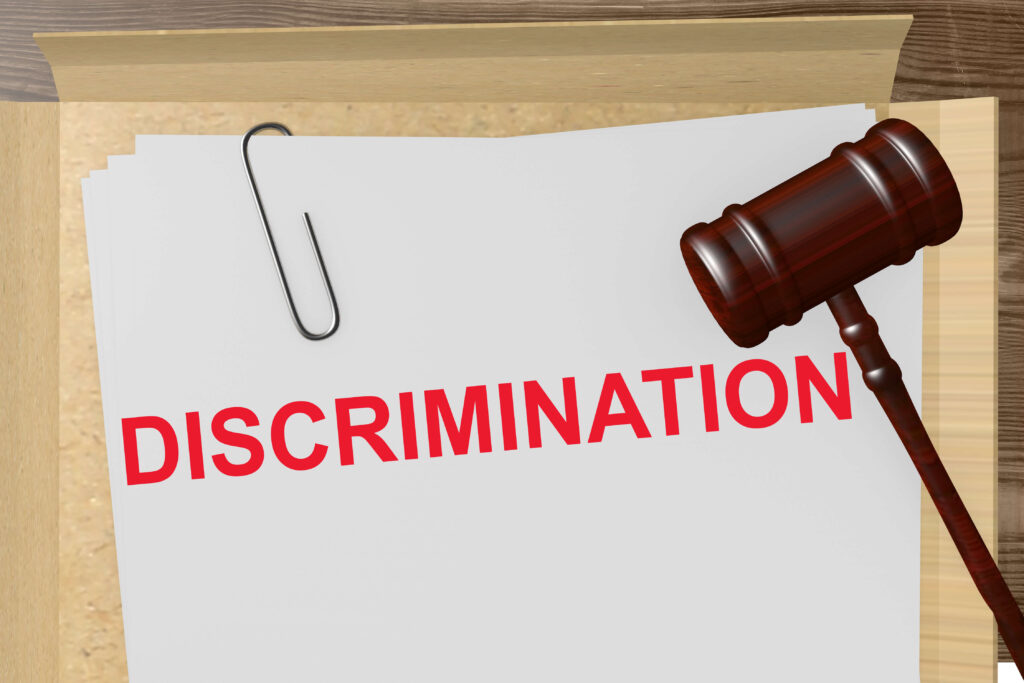 What Is Marital Status Discrimination?

This type of discrimination can cover a range of unlawful actions by an employer, including failing to hire job applicants based on their marital status, offering benefits based on whether an employee is married or single, or creating workplace favoritism based on employees’ marital status. Many state and federal laws do not allow businesses to treat employees or job applicants unfavorably based on whether they are single or married.

For instance, firing employees because they are married to a felon or a citizen of another country could be an example of marital status discrimination. Similarly, unlawful discrimination may be apparent when an employer offers more favorable work hours to single employees.

What Actions Are Covered?

State and federal laws protect workers from discrimination in several areas relating to employment, including job duties, job separation, leave, pay, hiring, insurance benefits, training or promotion based on whether the worker is married or single. Every employee has the right to fair treatment under state and federal discrimination laws, and employers are breaking the law if they retaliate against employees asserting their rights. Similarly, employers are obligated to ensure workers are not harassed in the workplace based on their marital status.

Laws vary depending on the jurisdiction in which the employee resides. For more information on the rights in your state, contact your state’s employment commission.

Although no federal law specifically prohibits discrimination based on an individual’s marital status, two federal statues provide protections that can be applied to marital discrimination. Title VII of the Civil Rights Act states that businesses that have more than 15 employees cannot discriminate based on sex, religion, race, color or national origin.

Many states have laws that specifically forbid marital status discrimination. For example, California law prohibits basing employment decisions on a job applicant’s marital status. These protections are extended to both same-sex and opposite-sex couples. California law also prohibits discrimination against parents who take time off of work to care for children. Similarly, Maryland law prohibits making employment decisions or providing unequal treatment to employees based on marital status.

While many states offer some form of protection against workplace marital status discrimination, you should check your state laws for appropriate statutes.

How Do I Report Marital Status Discrimination?

Next, you need to wait for the state to investigate the validity of your claims. You may be asked to provide further evidence or make an official statement to an investigator. The state will either dismiss your complaint, substantiate the claim, or find no violation on the part of your employer.

Next, you can file a civil case against your employer. You may want to hire an attorney to help you file the complaint, gather evidence and interview witnesses to substantiate your claim. Your lawyer can obtain the right to sue notice and file your case with the appropriate court in your state. The case will likely be filed in the jurisdiction where the employment discrimination occurred, but some states require the lawsuit to be filed in the county where the employee resides.

Work With an Experienced Discrimination Attorney

If you have been discriminated against at work based on your marital status, you may need to contact an experienced attorney to help you navigate this complex process. You need to know whether to file an official complaint with the state or to file a civil lawsuit against your employer.

Do not wait any longer to receive the help you need with your marital discrimination case. Contact an attorney near you today to guide you through the process. Submit a request online or call us today at (866) 345-6784 to get in touch with an experienced lawyer in your area!