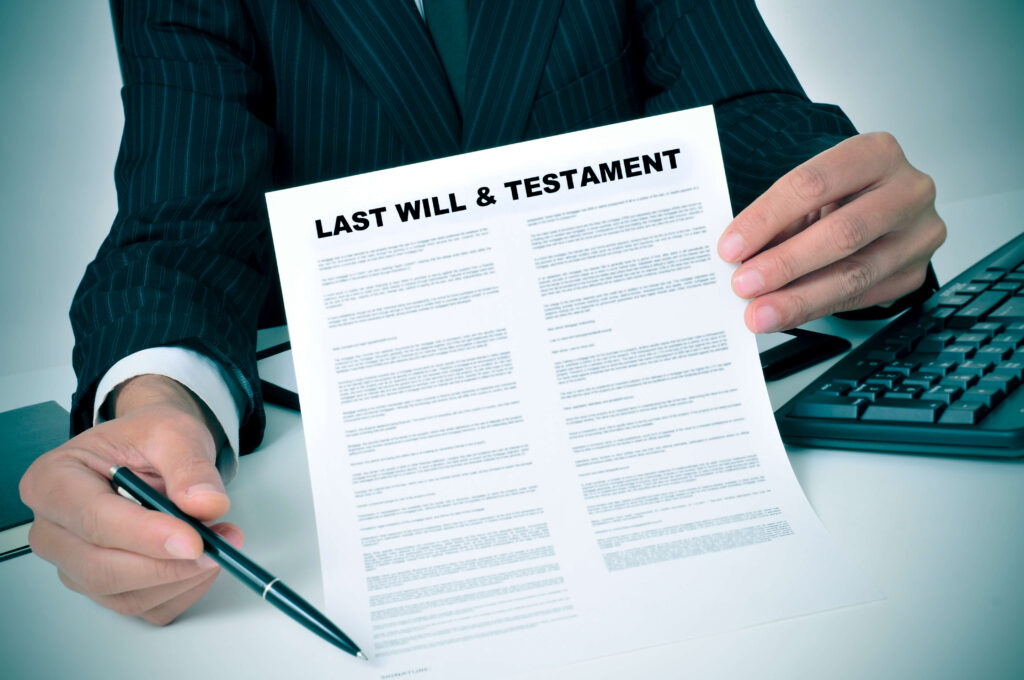 When a person dies without a will, this is intestacy. The legal term also applies to wills that only cover a portion of an estate. Usually, probate court determines who has a claim to the deceased’s estate. This includes the surviving spouse, children, and extended descendants and family. If the decedent did not have family, property ownership goes to the state.

It is best to avoid intestacy, as people should have a say in who inherits their estate. Family members and spouses dealing with a loved one who died without a valid will should turn to a legal representative to help them understand their options and protect any legal claim they may have to a loved one’s estate.

Do Intestate Laws Vary From State to State?

Laws concerning intestacy are not always the same across state lines. No matter the geographic location, intestate laws are often complex. Similarly, some states view domestic partnerships differently. The state may have laws and statutes specifically for domestic partners in intestacy cases.

A majority of states prohibit individuals who treated the decedent poorly from inheriting her or his estate. Such individuals include negligent parents who did not financially support a child who died and anyone who had a hand in the decedent’s death.

After settling all of the deceased’s remaining outstanding bills, courts divide all securities, insurance benefits, real estate, securities, and bank accounts. Courts also appoint an executor for a person who died without a will. The surviving spouse or domestic partner often act as the initial option. The second executor option is adult children. Anyone who acts as executor must have the mental fortitude to endure all the tasks necessary to settle a will. The executor also bears responsibility for any accusations of mismanagement or fraud that beneficiaries may raise.

What Are the Fundamental Rules of Intestate Succession?

While family members, spouses, and registered domestic partners have a legal claim when a person dies without a will, friends, unwed domestic partners, and charities do not. The surviving spouse often receives the largest share of the estate. This rule also applies if the decedent did not have children.

How Do Spouses Qualify for Inheritance?

There is also common-law marriage, wherein a couple has the intention to marry, lives together, and has the outward impression of a married couple. Not all states allow for common-law marriage, so surviving partners in such a situation must research the most current laws in their area to see if they can inherit a decedent’s estate.

How Do Children Qualify for Inheritance?

Not everyone has the same definition of “children,” and the same applies to state laws. That is one reason why many states use the word “issue” to signify who stands to inherit the estate of a person who died intestate. In every state, a legally adopted child has the same right to inheritance as a biological child. However, a majority of states do not afford the decedent’s stepchildren the same inheritance rights as biological children. Even then, depending on the state, that could change depending on the relationship. Also, depending on state law, a child legally adopted by a stepparent may have the right to inherit a biological parent’s estate.

Foster children cannot inherit from their foster parents if those parents died without creating a will. Children put up for adoption have no claim to a deceased biological parent’s estate if that parent dies without a valid will, just as parents who put their child up for adoption cannot claim that child’s inheritance if she or he dies without a will.

Sometimes, a couple conceives a baby when one parent dies before the infant’s birth. Under such circumstances, the “posthumous child” could have a legal inheritance right.

Is Property Subject to Intestate Succession?

Spouses, children, and other heirs may only inherit from a probate estate. Usually, such estates do not include any real estate that would pass to a named beneficiary. This includes property in a life insurance policy or deed. Should a person die owning property titled with another’s right of survivorship or a life insurance policy listing a biological child as a beneficiary, all other heirs have no inheritance rights because a probate estate does not exist.

Parents who create a will have the chance to name a guardian for their minor children if something happens to them before their children come of age. If a child’s parents die without drafting a will or without naming a legal guardian, the court takes up the task of naming someone to care for the child.

When deciding, judges may try to get to know the children as much as possible. They’ll learn about what the parents would want and the relationships the children have with surviving blood relatives. Keeping the children’s most favorable interests in mind becomes the goal in deciding on a suitable personal guardian.

Did a spouse, partner, parent, or relative die without a will? Do you feel that you have a right to that loved one’s inheritance? Have an experienced wills and probate lawyer review your case and formulate a plan that protects your inheritance rights.. Do not leave your fate up to the state. Submit a request online or call us today at (866) 345-6784 to get in touch with an experienced lawyer in your area!