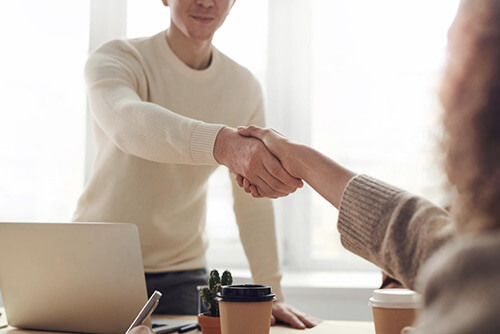 There are cases in which judges order probation sentences over jail time. The reasons the courts may choose probation as an alternative may include overcrowded jails or prisons, criminal offenses that aren’t serious enough to require imprisonment, or crimes that could be resolved with counseling or supervision. This guide details everything you need to know about the differences between probation types and who qualifies.

Probation is a type of sentence given to criminal offenders by a judge. While a criminal defense attorney can argue for this alternative sentencing, it is ultimately up to the discretion of the judge as well as local laws relevant to the type of offense. If the judge determines the individual can be released back to the community without being a serious danger, they may elect probation as an alternative to imprisonment.

The offender avoids jail time but is not off the hook — they’re subject to a period of good behavior and certain conditions to meet the terms of the probation. Depending on the crime, they may be released and allowed to go home, or to an approved residence, rehab facility, or halfway house to complete their probation. If they don’t meet the conditions, they’ll be sent to jail to serve their sentence.

If the offender successfully follows and meets their conditions, the probation period is over and the person can resume their normal life. There are two primary types of probation: supervised and unsupervised.

The offender will regularly meet with the probation officer and must truthfully answer any questions, as well as show they’re complying with the terms the court set regarding their probation. The officer may advise the offender or give them suggestions on how to manage their probationary period better.

Probation officers are good investigators — it’s best to be truthful and follow the rules. If the probation officer finds the individual has violated their conditions, the officer may issue a warning or write a report for the court about the probation violation, which may lead to the revocation of the probation. The court may opt for tougher probation conditions or send the offender to jail to complete their sentence.

Depending on the criminal offense, supervised probation may come with a variety of conditions that must be met. For example, a drug possession charge may come with some specialized probation requirements, including regular drug testing, counseling or drug rehabilitation, avoiding contact or association with felons, and a curfew.

Some of the most common supervised probation conditions include:

For example, a sex offender may be required to remain on house arrest, may be subjected to the monitoring of their computer to ensure they’re not viewing pornography, and may not be in possession of any weapons. Someone convicted of internet or financial fraud may have their computers monitored and may have their paychecks and finances accounted for by the probation officer.

If an offender broke the initial supervised probation terms, they might also have to follow stricter probation conditions than the ones first given by the courts. If you have been accused of breaking your probation, you should consult with an attorney for help.

The stricter probation conditions include:

Unsupervised probation is a lenient type of probation. It doesn’t require regular check-ins with a probation officer. It’s a form of self-supervision where the offender is responsible for following the terms of their probation largely on their own.

Receiving unsupervised probation doesn’t mean the person is free and clear — the court will usually require that the individual follow all local, state, or federal laws during the probation period. If the offender is charged with a new crime during the probation time, a judge could revoke the lighter probation. The offender may have to fulfill the original jail sentence or pay a fine, or they could end up in supervised probation with stricter requirements.

Although many unsupervised probations only come with the condition to obey all laws, different crimes may carry additional requirements. It is important to seek legal representation and review local resources to understand the laws, programs, and options available in your jurisdiction so you can pursue the right course for your situation.