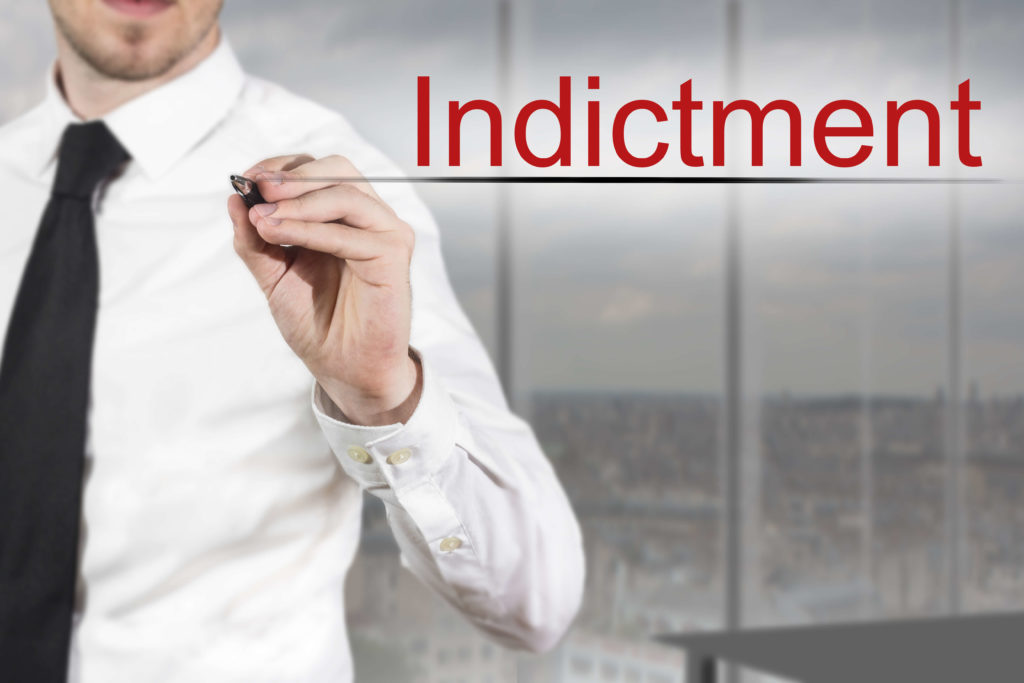 What Is a Criminal Indictment?

If you find yourself indicted with criminal charges, this means a grand jury believes you committed a crime. The indictment does not act as sentencing or a final decision. Instead, the indictment opens the door to a series of options. Through working with a criminal indictment attorney, you can understand your rights and determine the best options for your case.

Dismissing federal charges is very rare, but it could be possible under specific circumstances. If you believe the plaintiff in your case failed to provide all information or that the indictment infringed upon your rights, you could be eligible for a dismissal.

To pursue a dismissal, you need to work with an attorney to file a motion with the court. Your motion must include one of the following assertions:

Work with an attorney to determine if a dismissal is the right option for you. Unless a good case for dismissal exists, you could extend the length of your case. If you do not move forward with dismissal, you need to enter a plea deal.

After a criminal indictment, you undergo arraignment and an initial hearing. During the initial hearing, a judge informs you of all the federal charges brought against you. At this point, you are either held in jail or released to wait until your trial. If you go to jail, you could earn your release by meeting the bail requirements.

Before your trial, you work with your attorney to determine your plea deal. Most indictments result in a guilty plea, which means you admit to the crime. Usually, a guilty plea results in less severe or less lengthy sentencing. You do not have to move forward with a trial. Instead, you enter a sentencing hearing. If you choose a guilty plea, your attorney should prepare to enter negotiations with the government to help create appropriate sentencing.

If you go to trial, you need a highly skilled indictment lawyer experienced with similar federal charges. A trial can be a lengthy process that includes a lot of work from all parties involved.

Your trial includes the judge, the jury and witnesses. The judge serves to make sure parties present evidence fairly. The judge sentences you if the trial results in a guilty charge, but she or he serves as impartial oversight throughout the case. Your jury is selected randomly, and they ultimately determine if you committed the crime.

The trial includes opening statements, witness examination, objections and closing arguments. Throughout the case, the jury listens to all facts, deliberates and makes their decision.

After a criminal indictment, you may find it difficult to understand what can happen next. The details from your case ultimately determine the outcomes. Through working with an experienced indictment attorney, he or she can navigate your outcomes. The following are some of the most common scenarios after receiving criminal charges:

Why Would a Prosecutor Drop Criminal Charges?

Dropped charges are rare, but they could occur during your case. The victim and the prosecutor can drop charges, and they can do so before or after filing a charge.

If you work with an experienced indictment lawyer, he or he may have the prosecutor drop the charges. A prosecutor may drop charges for any of the following reasons:

When Should You Hire a Criminal Indictment Attorney?

If you ever find yourself arrested and the government files a criminal complaint, it is past time to contact an attorney who can help you navigate the criminal process and protect your rights. First and foremost, legal advocates help you protect the truth. If you are not guilty of a crime, a legal professional works to ensure the prosecutor and jury understand this in a trial. If you are guilty, they understand that rehabilitation is the most important goal. They work to reduce your charges and punishment to help you get back on your feet as soon as possible.

Once your criminal ordeal is in the past, an attorney can also help you expunge past crimes from your record. Expungement may be a possibility if you serve your time or if the other side drops the charges.

Have you been indicted on criminal charges? The average person does not understand the justice system or how it works. Especially with criminal proceedings, it is difficult to understand your rights and options.

Protect yourself, and make sure you have a lawful and justified legal case. An experienced indictment lawyer works with you to develop a solid strategy whether you move forward with a plea bargain or trial.

At RequestLegalHelp.com, we use a network of legal professionals nationwide to connect you with a reputable and experienced attorney for your case.