What Is Dram Shop Liability? 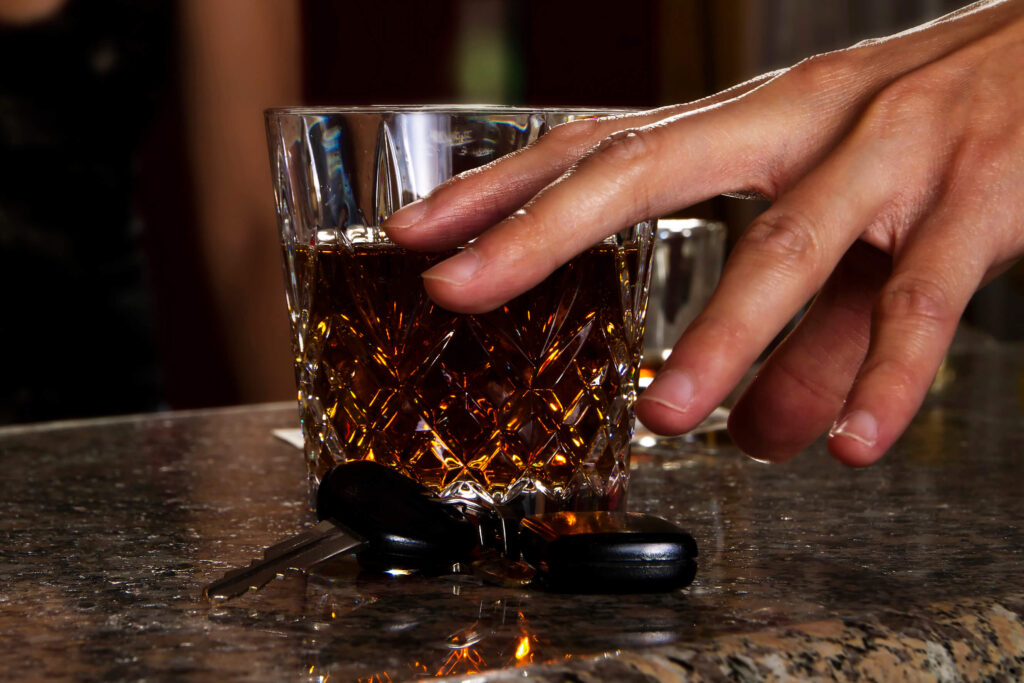 All 50 states and the District of Columbia allow victims of drunk driving accidents to bring a personal injury claim against the liable party. In addition, many states extend liability to not just the intoxicated party but to a third party or business that provided the alcohol. These statutes are called “dram shop laws.”

What Are Dram Shop Laws?

Dram shop laws hold businesses or, in some states, businesses and third parties, liable for selling or serving alcohol to minors or individuals who are visibly intoxicated, who go on to cause injury, property damage or death. These laws give victims of drunk persons’ negligence two avenues for monetary recovery: from the intoxicated individual and from the negligent business or third-party.

The law’s name originated in the 18th century from the term “dram,” which is a measurement for alcohol. A dram is equivalent to three-quarters of a teaspoon and is what bartenders would use to measure out alcohol in bars, taverns, pubs and other establishments. Today, dram shop laws apply to restaurants, stadiums and liquor stores in addition to bars and taverns. In states that have “social host liability laws,” they even extend to individuals who host events where alcohol is served.

How Does Dram Shop Liability Work?

For some people, holding someone else accountable for a drunk person’s negligence may seem unfair. After all, a grown person is accountable for his or her own actions and should accept the consequences of any harm he or she causes. While there is no arguing this point, the basis for dram shop doctrines is that an injury, death or property damage would not have occurred had the person selling or serving the alcohol simply said “no.” An example in which this argument might apply is as follows:

Paul stumbles into a liquor store, clearly intoxicated. He is slurring his speech and fumbles with his wallet when it comes time to pay, but the clerk sells him a pint of vodka anyway. Paul goes across the street to the local park and proceeds to drink the pint, then gets into his vehicle and starts to drive home.

On his way home, Paul falls asleep at the wheel and veers into oncoming traffic. He hits a commuter who sustains serious and costly injuries, so she files a claim against Paul for damages. She also learns that Paul was dangerously inebriated because he had that final pint before getting behind the wheel of the vehicle. She files a subsequent claim against the liquor store for selling Paul alcohol even though it was apparent that Paul should have been cut off.

State laws vary on how the at-fault parties must share liability. Some states abide by a “joint liability” standard in which the parties share the blame and split the cost of damages. Other use a “several liability” standard. In these states, injured parties may recover damages from the at-fault party and the third party that contributed to the inebriation, meaning they can recover damages twice.

How Do You Prove Liability in Dram Shop Cases?

It is not enough for a claimant to say that the at-fault party was at a particular tavern before the accident occurred and therefore said tavern is equally liable for the injuries the intoxicated person caused. If that was the case, voluntary prohibition might ensue for the sheer fact that no establishment would want to be held liable for another person’s poor decisions. Rather, states have a burden of proof threshold that claimants must meet.

Though the standards for proving dram shop liability vary across jurisdictions, almost all states require plaintiffs to show the following:

In some states, dram shop laws only apply to establishments that serve, sell or give alcohol to individuals who are under 18 years of age.

What Damages Can You Collect in Dram Shop Cases?

States have implemented dram shop laws in an effort to cut down on the number of drunk driving accidents and other incidents that could have been prevented at the time of the sale or serving of the alcohol. They are also in place to allow victims of drunk driving accidents — which can result in extensive damages — to receive compensation that exceeds the at-fault driver’s policy limits.

To fulfill these purposes, most states place little to no limits on what and how much an injured party may recover. If a plaintiff can prove liability, he or she may be compensated for the following:

What States Have Dram Shop Laws?

As of 2019, 43 states and the District of Columbia have dram shop laws in place. The seven states that do not have such laws in place are Kansas, Maryland, Delaware, Nevada, Nebraska, Louisiana, North Dakota and Virginia.

States take incidents involving intoxicated individuals very seriously, which is why most have enacted dram shop laws. However, to take full advantage of the rights afforded to you by these laws, it is important that you understand them as they apply to your state and your particular case. Whether you are the victim of an intoxicated person’s negligence or you caused injury or damage, consult with an experienced attorney. Submit a request online or call us today at (866) 345-6784 to get in touch with an experienced lawyer in your area!