Can You Be Charged With a DUI After the Fact?
Request Legal Help Blog 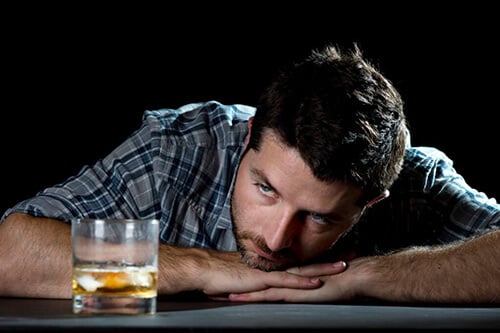 Charged With DUI After the Fact

A DUI after the fact happens when police officers do not catch you when you are driving drunk. Instead, they arrest you for a DUI offense later. While prosecutions are not common, you can be charged with DUI after the fact.

While a state may have a different name for it, all states outlaw driving under the influence. In most places, if you drive with a blood alcohol concentration over 0.08%, you face arrest and prosecution for a DUI offense. Some states have a lower BAC threshold for all drivers, and most have a lower threshold for those under 21.

Are you facing DUI charges? Do you worry about losing your driver’s license or even your freedom? Call today or complete the online contact form below to talk with an experienced local attorney to help with your case.

How Do After-the-Fact DUI Arrests Happen?

Most DUI arrests occur when a driver has a BAC over the legal limit. That is, officers stop the driver when he or she is driving drunk. These stops may target a specific driver or be part of a sobriety checkpoint.

Even if officers do not catch you driving drunk, doing so violates state law. Therefore, officers may investigate and arrest you for a DUI offense until the statute of limitations runs. In many states, this is two years, although DUI statutes of limitation vary from place to place.

Officers often bring after-the-fact DUI charges when there is evidence of some other criminal activity, such as leaving the scene of an accident. Nevertheless, standalone DUI charges are possible if prosecutors can prove the elements of a DUI offense.

What Are the Elements of a DUI Offense?

If you are charged with DUI after the fact, prosecutors have the burden of proving each element of the offense beyond a reasonable doubt. Failing to do so may result in a dismissal of charges or an acquittal.

In most states, DUI has two elements:

Before prosecutors file DUI charges, officers must investigate suspected criminal behavior. If you are not driving when officers receive a complaint, they may have a more challenging time proving you violated the law. Doing so is not impossible, however.

For an after-the-fact DUI, there may be video of you leaving a bar, stumbling when walking to your car or driving dangerously. Alternatively, witnesses may have seen you driving under the influence. Both may be circumstantial evidence of your guilt, at least in the minds of officers and prosecutors.

What Are Some Defenses to an After-the-Fact DUI Charge?

With a conventional DUI arrest that takes place during a traffic stop, building a criminal case is not usually difficult. After all, officers likely observed you driving and have chemical proof of your BAC from the blood, urine or breath sample you provided.

After-the-fact DUIs are often a different story. Prosecutors must look for different types of evidence to prove your guilt. Even if they make a compelling case, you have an opportunity to defend yourself.

You Were Not Driving

An effective way to defend against criminal charges is to attack the elements of the offense. With an after-the-fact DUI, you may be able to successfully assert you were not driving the vehicle.

How you make this argument, though, depends on the evidence prosecutors have. If they have video, its quality may be too poor to confirm you were behind the wheel. Witnesses, of course, may be mistaken, have poor eyesight or have other reasons for being unreliable.

If you own and hold the registration of your vehicle, your state may have a presumption that you were the driver. This presumption is likely rebuttable, meaning you may introduce relevant evidence to refute it.

Your BAC Was Not Above the Legal Limit

You may also claim your BAC was not over the legal limit, even if you were driving. This argument may turn on whether prosecutors have chemical test results.

If they do, you may argue your BAC was below the legal limit when you were driving, only climbing after you arrived home. If officers collected no evidence of your BAC, whether it was too high may merely be witness speculation.

Put simply, witnesses are not always reliable. Those who may have seen you drinking at a bar likely have little proof of how much alcohol you consumed. Likewise, you may have been putting on a relaxed act at a party, even though you were not too drunk to drive legally.

Additionally, witnesses sometimes have reasons to be untruthful. If prosecutors plan to entertain witness testimony, it is usually worthwhile to investigate each witness’s background. Something unseemly in a witness’s past or proof of a motivation to lie may be extremely useful for your defense.

Prosecutors can charge you with a DUI after the fact. If they do and secure a conviction, you are vulnerable to a variety of legal and other consequences, including:

An experienced local lawyer is apt to listen to the facts of your case and explain your legal options. Because he or she understands state law, your attorney may also tell you whether you have criminal exposure for a DUI.

More importantly, an experienced lawyer may help you defend yourself at trial. This includes preparing a case, formulating arguments and representing your legal interests.

Fortunately, it is not difficult to find a local lawyer if you have been charged with DUI after the fact. Submit a request online or call us today at (866) 345-6784 to get in touch with an experienced lawyer in your area!