Can You Go to Jail for Debt?
Request Legal Help Blog 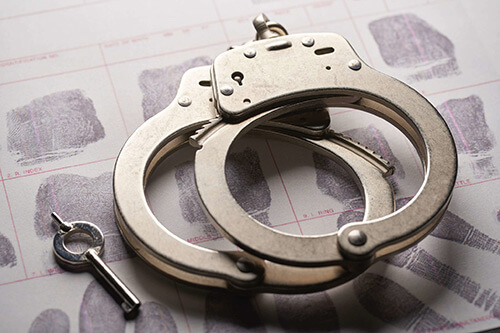 Can You Be Arrested and Charged for Debt?

Modern debt collections laws are not as punitive toward debtors as they once were. A debtor’s prison is a detention facility, jail, or prison in which a person is held when they can’t pay off their debt. These facilities were outlawed by the federal government in 1833 and considered unconstitutional under the Fourteenth Amendment’s Equal Protection clause in 1983.

While a prison sentence for civil debt is illegal, debt collectors can still pursue legal action against you. There are limitations on what debt collectors can do, protecting those in collections from harassment even as they work to pay off their debts. The court system may sentence you to other legal consequences to ensure you pay the debt you owe.

There are certain strategies that allow state court systems to collect debt from you by pursuing legal action, which may even lead to time in jail in some instances. If you’re worried about your financial situation and the debt you owe, it’s important to learn how a debt collector can legally pursue this debt.

While you can’t go to jail for not paying your civil debt (credit card or loan balances), you may face jail time or other legal consequences for not paying off court-ordered debt. A debt collector may first send you a demand letter asking you to pay off the debt. If you don’t respond, the collector could file a lawsuit against you because of the debts you owe.

When you show up for the court hearing, you may be asked to answer questions about your financial situation so the judge can determine how you can pay back your creditor. If the debt collector wins the lawsuit, your debt is considered restitution and a civil judgment may be made against you in the court of law. The judge could order wage garnishment or other legal consequences to ensure you pay off the debt you owe.

If a lawsuit is filed against you, it’s important to:

The judge may order you to pay court fees or fines as part of your judgment or probation terms. If you fail to pay these debts, you may also face jail time or additional legal consequences.

States Where You Can Go to Jail for Debt

While going to prison for civil debt is technically against federal law, there are certain states that have used loopholes in this law to jail debtors. The states that have imprisoned a debtor for debts they didn’t pay in the past include the following:

These states won’t necessarily send you straight to jail because you haven’t paid your debt. However, when the court system gets involved because a collector pursues legal action, loopholes surrounding this federal law may come into play.

Let’s say the debt collector files legal action against you stating you violated contract law. If you fail to appear in court, you may be held in contempt of court and face legal consequences, including court-ordered fines or jail time. The loophole, in this case, is that you’re not going to jail for your debt but rather for not showing up for your court date.

If you’re not sent to prison, you could face probation or other legal actions. The court could place a lien on your property or pursue other measures to ensure the debt is paid.

Can You Go to Jail for Not Paying Medical Bills?

Medical debt is considered a civil matter and you cannot go to jail if you’re unable to pay your medical bills. However, a debt collector may pursue legal action against you in a court of law to collect the debt. If you fail to appear in court, the judge could issue a warrant for your arrest. If you do appear in court, you may face a number of legal consequences, such as wage garnishment or a property lien.

Can You Go to Jail for Not Paying a Loan?

You cannot go to jail if you fail to make student loan or personal loan payments since it’s considered civil debt. When it comes to student loans, the Department of Education is responsible for pursuing all other possibilities to recover debt from you if you can’t pay.

Once these options for debt recovery have been exhausted and your loan still hasn’t been paid, your debt may be turned over to the Department of Justice. This department may begin litigation against you and if it’s proven that the Department of Education tried to work with you and all other options have been pursued without success, you may face legal consequences, such as wage garnishment.

Can You Go to Jail for Credit Card Debt?

You cannot go to jail for failing to pay off your credit card debt, but debt collectors can pursue legal action against you. It’s important to appear in court as requested and follow all legalities in your case to ensure you don’t face jail time for other reasons.

In your court case, if it’s determined that you did breach your contract with the credit card company, the judge will order you to pay the debt immediately. If paying off your credit card debt isn’t an option, you may face other consequences, including wage garnishment, to ensure you satisfy the debt.

You can’t be put in jail for your inability to pay civil debt, even if it’s proven in a court of law that you owe this debt. However, if you fail to pay child support or don’t pay your taxes, a judge may order time in jail as a consequence.

In 2009, the American Civil Liberties Union (ACLU) began attempting to expose how local court systems used legal loopholes to jail debtors, although debtor jails are federally illegal. The organization continues to lobby against these court systems, pleading for them to find more rational ways to ensure debtors pay off their debts.

If you’re being pursued by a debt collector, it’s important to seek legal help for your case. With a legal professional on your side, you can minimize the consequences you face and address your debt without facing jail time.